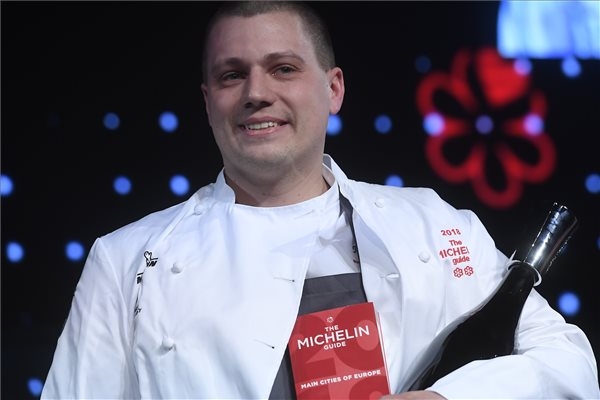 Onyx, a restaurant in the heart of Budapest that balances tradition with innovation, has been awarded its second Michelin star.

Onyx is the first Hungarian restaurant to be awarded two Michelin stars. The second star was awarded at a gala event late on Monday.

Chef Ádám Mészáros, who took over at Onyx in August 2016, said he and his staff had worked hard to keep the restaurant’s single Michelin star, which it has had since 2011, but set a second star as their goal.