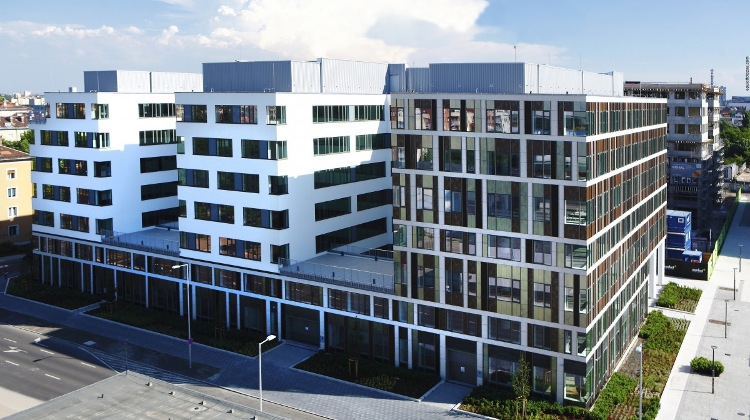 Belgian Atenor has delivered the fourth phase of its Váci Greens office complex, building "D." All four of the buildings completed thus far have already been sold.

The fifth and sixth phases, buildings "E" and "F," are set to be completed in the following 2-3 years, according to a press release sent to the Budapest Business Journal.

The initial three buildings are fully leased, while the latest 15,700 sqm building "D", designed by Vikár & Lukács Architect Studio, is at 60% occupancy.

The first tenant, Unilever, moved in this January. The entire office complex will provide 130,000 sqm of leasable office space upon completion.

Váci Greens is a category "A+" development, and was the first office complex in Budapest to earn the BREEAM "Excellent" certification.

"Since the end of the construction of the first building in 2013, Váci Greens has become a real ʼsuccess storyʼ on the Hungarian market," claimed Nikolett Püschi, Atenor Hungaryʼs leasing manager.

The third building, achieved in 2016, was sold to the Hungarian investment fund, OTP Prime Ingatlanbefektetesi Alap," Püschi said in the press release.

More information about the development can be found at the Váci Greens homepage on Atenorʼs website.