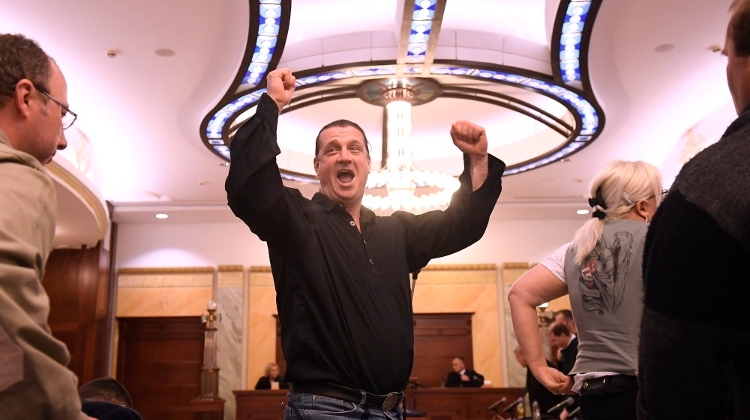 A Budapest appeals court dismissed a first-instance ruling concerning right-wing activist György Budaházy and others, convicted of carrying out terrorist activities a decade ago.

The appellate court has ordered a new trial. According to the charges, Budaházy set up a terrorist organisation called the Hungarian Arrows to carry out attacks against lawmakers of the then ruling Socialist-Free Democrat alliance between 2007 and 2009.

Budaházy and his accomplices were also charged with throwing petrol bombs at the homes of Socialist and Free Democrat politicians and their parties’ headquarters as well as throwing Molotov cocktails at gay bars and outlets, such as a ticket office in Budapest’s 13th district.

In its ruling dismissing the earlier decision, the jury said that the primary court had unlawfully ordered closed hearings and disregarded evidence and testimonies by the defendant. The primary decision, they said, was unfounded and contradictory.

They added that the rights of the defence had been violated, noting that the minutes of some hearings had been withheld from his defence attorney for as long as one or two years. “Such negligence cannot be repaired in a secondary procedure,” Gábor Lassó, the head of the jury, said.

Budaházy was arrested in June 2009 and was kept in pre-trial detention until September 2011 when the court ordered his house arrest. The court lifted the order in June 2014. The defence had appealed the firstinstance ruling while the prosecutor demanded a heavier sentence.