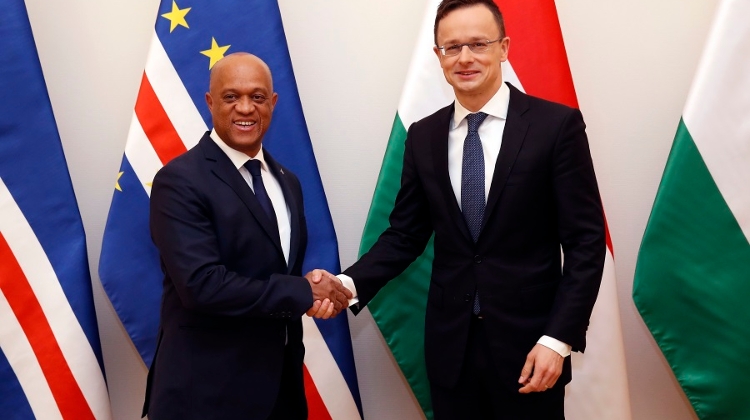 Hungary is greatly appreciative of the African countries that have never contributed to Europe’s migration pressure, and have therefore helped improve the continent’s security, Foreign Minister Péter Szijjártó said in Budapest.

At a joint press conference after talks with his Cape Verde counterpart Luis Filipe Tavares, Szijjártó said those who encourage the emergence of new migration waves only make it easier for terrorists to return to Europe.

Szijjártó insisted that, after its defeat at the hands of the international coalition, the Islamic State terrorist group has changed its tactics and begun sending its mercenaries back to their countries of origin in Europe.

He said countries that do not want to become sending or transit countries when it comes to migration and take border protection seriously should be supported.

Cape Verde, he said, was one of these countries. Hungary, as part of its policy of opening to the south, places special emphasis on strengthening its ties with its partner countries in Africa, Szijjártó added.

He said Cape Verde was proud of its Christian identity and was committed to preserving its national, cultural and religious heritage. It also pursues a responsible migration policy, he added.

The minister said that it was important for Europe to cooperate “with African countries that do not push for the creation of so-called legal migration channels”. Szijjártó voiced Hungary’s support for granting visa-free status to Cape Verde.

He also expressed support for an EU-Cape Verde economic partnership agreement as well as a Portuguese initiative for the EU to provide 5 million euros to the African country for border protection developments.

Hungary will offer 35 million dollars in tied aid to Cape Verde to implement water management investments with the inclusion of Hungarian companies, he said. Szijjártó added that he and Tavares had finalised the text of a bilateral economic cooperation and investment protection pact which the two countries will sign during Prime Minister Viktor Orbán’s visit to the country in March.

Further, Hungary and Cape Verde have agreed to sign a double taxation avoidance agreement. Szijjártó also said that Cape Verde will appoint an honorary consul to serve in Hungary. Hungary will grant scholarships to ten university students from Cape Verde, he added.

Tavares said his country was aiming to find a way to persuade people to stay in their homeland.

He said Cape Verde was a Christian country with strong ties to the EU. He said relations between Cape Verde and Hungary were “excellent”, as the two countries subscribe to similar values.