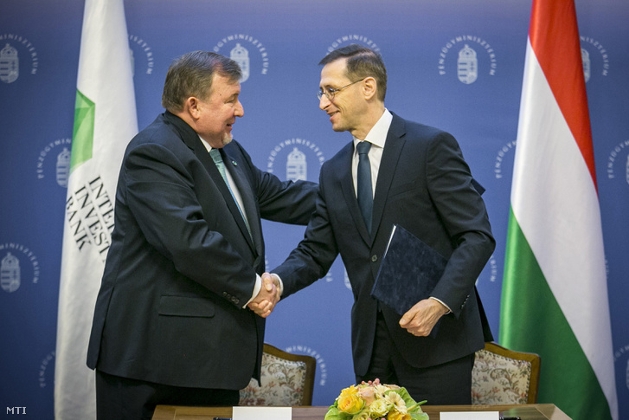 Citing a threat to national security, the opposition Jobbik party is protesting against plans to move the Russia-based International Investment Bank’s (IIB) headquarters to Budapest, saying that Russia would be setting up a “nest of spies” in the country with support of Hungary’s prime minister and government.

In early February, the Hungarian government signed an agreement with IIB on the bank’s relocation to Budapest from Moscow.

The nationalist party’s deputy leader told a press conference that “individuals with dubious backgrounds” would be operating in Hungary as a result of the move.

“The government is serving interests that aim to destabilise the EU, and this puts Hungary at the mercy of Russia,” he said.