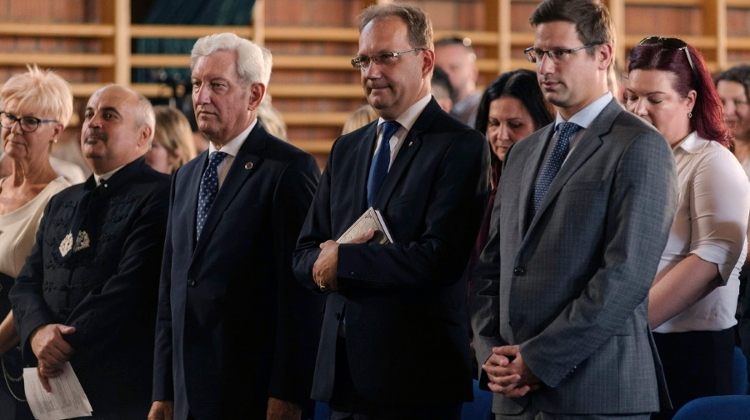 In next year's budget, the government will be spending 645 billion forints (1.95bn) more on education than in 2010, Gergely Gulyás (pictured on top right), the prime minister's office chief, has said.

The government was carrying out the biggest school development programme of the past thirty years, with 110 billion forints of European Union funding combined with 46 billion forints of state support, Gulyás said at an event of Reformed Church colleges of the Carpathian Basin held in Pécs, in southern Hungary.

He said fully 158 projects are being carried out from domestic sources. The projects include the renovation of gyms and classrooms and the construction of new schools. Further, this year all pupils from the first to the ninth grade attending both state and church schools will receive free textbooks, he said.

Gulyás noted that 14% of schools are run by the church, twice as high as nine years ago. He said church schools catered to all segments of society, from manual labourers and the needy to the well-to-do, as well as believers and those seeking faith.

He said today’s Hungarian government recognised and respected the role of churches in society and considered it essential. Churches offer an education “based on Christian values and knowledge, as well as the seeking and strengthening of faith.”