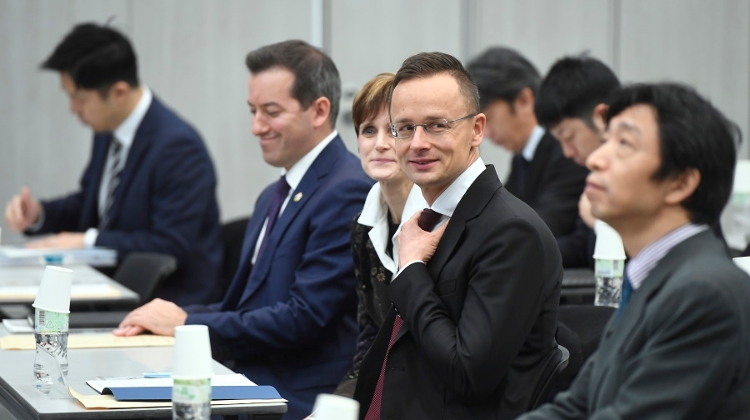 Bilateral ties between Hungary and Japan are the best they have ever been, Foreign Minister Péter Szijjártó said in Tokyo.

Hungary and Japan’s friendship and alliance is based on mutual trust and respect, as evidenced by the confidence Japanese companies and people have had in Hungary over the years, Szijjártó told an investment seminar.

Japanese companies were among the first foreign entities to invest in Hungary during the country’s transition to democracy in 1989-90, a time when he said few had believed that central Europe and Hungary would be capable of achieving rapid growth, Szijjártó said.

The creation of the “Hungarian model” in 2010 was a similar turning point, he said. Up until then, the belief had been that a country had to choose between economic growth and fiscal discipline, he said, adding that Hungary had proven that both could be achieved at the same time.

Szijjártó praised Hungarian-Japanese economic relations, saying that Hungary aimed to further intensify bilateral cooperation. He noted that the seminar had been organised to coincide with Prime Minister Viktor Orbán’s visit to Japan.

Szijjártó said the absence of any unresolved issues between the two countries gave them a strong chance to intensify business ties.