Hungarian Rate-Setters Keep Base Rate On Hold At 0.90% 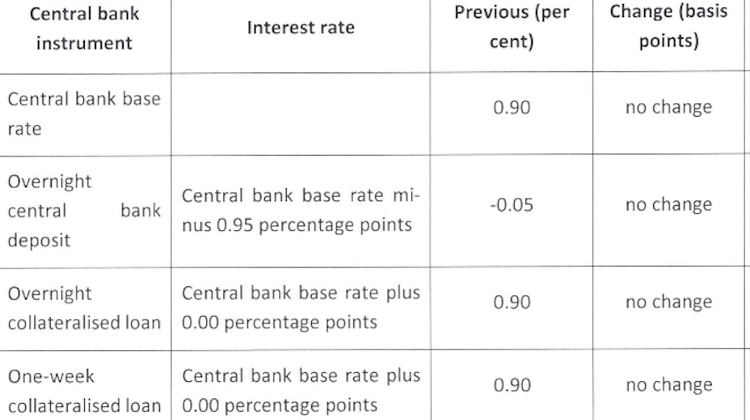 Rate-setters of the National Bank of Hungary kept the base rate on hold at 0.90%.

At the regular meeting, members of the Monetary Council made no change to the interest rate corridor either.

In a statement released after the meeting, the Council said the upside risk to inflation of “slightly higher than earlier projected” GDP growth in Hungary in the coming years and the downside risk of an outlook for “persistently muted” growth in the euro zone remain “symmetric”.

The Council reiterated that it applies a “cautious approach” to its monetary policy decisions “relying mainly” on the projections in the quarterly Inflation report.

The Council said the need for further policy measures “will be determined by the persistent change in the outlook for inflation”, elaborating slightly on a statement released after the previous policy meeting in which the Council said “future developments in the outlook for inflation will be a decisive factor in the necessity of further measures”.

In a monthly analysis published after the release of December inflation data, the central bank said households’ inflation expectations “remained at moderate levels, consistent with the inflation target”.

The NBH’s mid-term inflation target is 3.0% within a tolerance band of plus or minus one percentage point.

Read the full report on MNB.hu