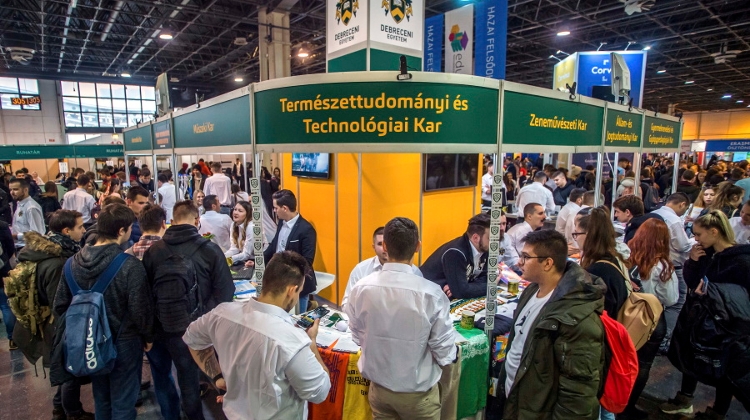 Boosting opportunities for the Hungarian youth to obtain “marketable” qualifications is an important task for the government, the innovation and technology minister said on Thursday, opening the 20th Educatio international expo in Budapest.

The prestige of Hungarian universities has increased significantly both domestically and in international terms, László Palkovics said, noting that five of them had been ranked among the world’s top 1,000 universities in 2019.

The number of foreign students studying at Hungarian universities has also increased significantly thanks to the higher education reform launched in 2014, he said. The changes implemented that year now allow students to apply for 17 different state or university stipends or a social grants, Palkovics said.

Under the reform, a dual education scheme has also been introduced, the minister said, adding that the government aims to ensure that 6 percent of freshmen in higher education would be included in the scheme by 2023.

The 20th Educatio expo features some 60 universities from more than ten countries among the 140 exhibitors.