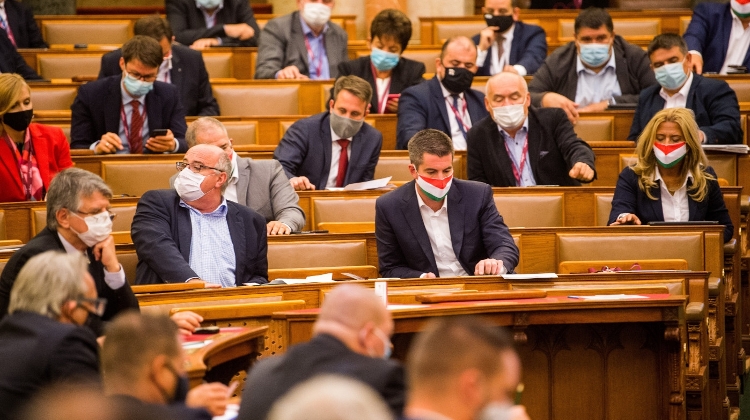 Hungary’s opposition parties have called on Prime Minister Viktor Orbán to withdraw a set of amendment proposals to the country’s constitution and election laws the government submitted to parliament on Tuesday.

The constitutional amendment proposal seeks to strengthen protections of families and children, ensuring that all children are brought up according to Christian values appropriate to their gender of birth, the justice minister, who submitted the bill, has said.

Meanwhile, the election-related bills would amend the rules on putting together national party lists.

In a statement, the opposition Socialists, Jobbik, Democratic Coalition, LMP, Párbeszéd and Momentum parties said the government’s amendment proposals indicated that “Viktor Orbán is terrified of losing the 2022 general election”.

“The prime minister and his gang are handing over billions of forints in taxpayer money to oligarchs already basking in castles, boats and private jets, setting themselves up for a loss in 2022,” the parties said.

“They are doing all of this in the middle of the coronavirus epidemic when they should be concentrating on resolving the crisis and saving and protecting as many people as possible,” they added.

They said the government’s decision to submit an amendment proposal to the election law “a year and a half out from the parliamentary elections and without consulting anyone else” was a sign that the prime minister was getting “desperate”.

“This just goes to show that Orbán does not even feel safe in an election system he designed for himself,” the statement said, adding that the prime minister had become unfit for office.