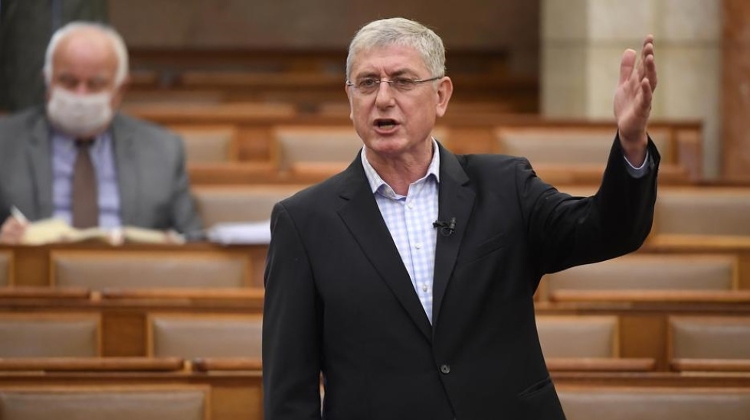 Opposition Democratic Coalition (DK) leader Ferenc Gyurcsány has accused the government of losing control over the handling of the coronavirus epidemic, saying it had failed to ready the country and its health services for the second wave.

The prime minister said on Tuesday evening that there was “a fifty percent chance” that the health-care system would collapse, Gyurcsány told an online press conference on Wednesday.

He insisted that the events of the last 24 hours suggested “the government could collapse even sooner”, and he said the cabinet had been gripped by “chaos and panic” over the past week.

Gyurcsány said that while “hundreds of Hungarians” were dying every day, the government had preoccupied itself with changing the constitution to accommodate such policies as restricting who can adopt children.

In the meantime, “tens of thousands of people are losing their livelihoods,” he said. “We are left to fend for ourselves,” he said. “The government has let us down.”

Ruling Fidesz said in a statement that this week’s measures were introduced to keep hospitals operational and to slow the spread of the epidemic.

Referring to Gyurcsány’s tenure as prime minister between 2004 and 2009, Fidesz said “if it was down to Gyurcsány and the leftists, there would be hardly any state-run hospitals left in Hungary by now, most of inpatient care would be privatised and patients would be utterly vulnerable.”