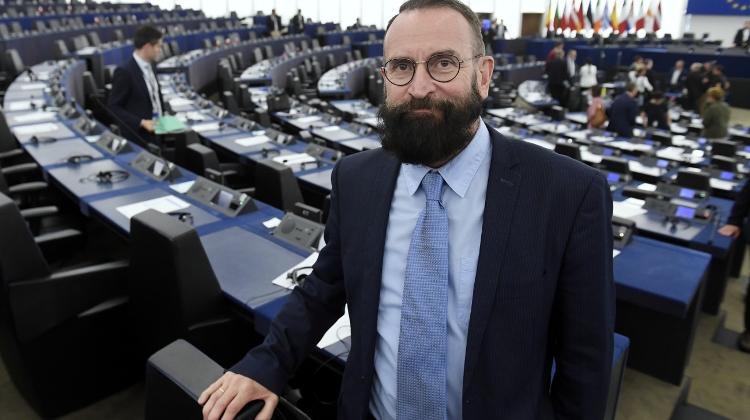 Prominent Hungarian MEP József Szájer has confirmed he was at a party in Brussels that was raided by police on Friday (November 27) for being in breach of Belgian lockdown regulations banning gatherings of more than four people.

Several of the people found at the party "invoked immunity from the EU institutions," the police said.

Citing Belgian press reports, Hungarian media say that the authorities found some 25 men in a state of undress, including the MEP and an unspecified number of diplomats.

Belgian news site HLN did not name the MEP explicitly, but its report mentioned that the man was the leader of Fideszʼs Parliamentary Group in Hungary between 1994 and 2002.

The report also adds that the man announced his resignation from the European Parliament last Sunday.

The only Hungarian MEP who fits those criteria is József Szájer, a founding member of Fidesz whose surprise resignation was announced at the weekend.

Hungarian news site hvg.hu reports that Szájer recently released a statement confirming that he did take part in what he called a "house party" in Brussels last Friday.

The police were initially called to the scene after "a legal complaint for night-time disturbance" was lodged about a "lockdown party" in the apartment in downtown Brussels.

According to a press release from the Public Prosecutor’s office of Brussels, Szájer attempted to flee the police, injuring himself in the process.

"A passer-by reported to the police that he had seen a man fleeing along the gutter; he was able to identify the man. The man’s hands were bloody. It is possible that he may have been injured while fleeing. Narcotics were found in his backpack," the press release says.

The MEP said that he did not consume drugs, arguing that the ecstasy tablets found by the police are not his.

He was unable to produce any identity documents. Eventually, he was escorted by the police to his place of residence, where he identified himself via a diplomatic passport.

Szájer was given an official verbal warning.