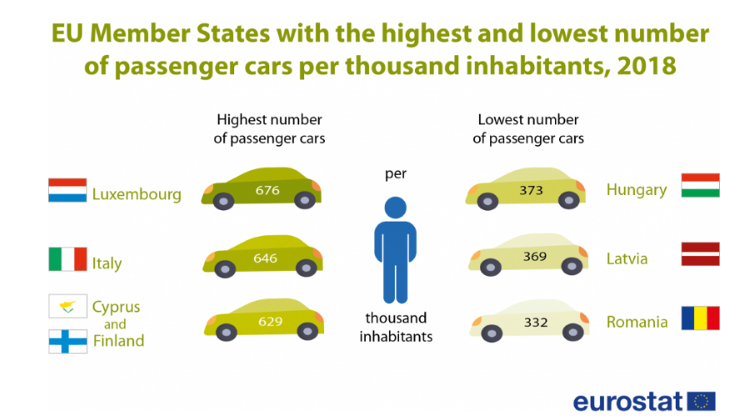 Among EU member states, Hungary recorded the third-lowest "motorization rate" in 2018, with only 373 passenger cars per 1,000 inhabitants, according to data by statistical agency Eurostat.

On the other end of the spectrum, Luxembourg recorded the highest rate with 676 cars per 1,000 inhabitants. Luxembourg was followed by Italy (646), with Cyprus and Finland (both 629) in joint third-place.

The highest number of registered passenger cars (47 million) was recorded in Germany, followed by Italy (39 mln) and France (32 mln).

Eurostat notes that between 2014 and 2018, there was strong growth in the number of registered passenger cars in several member states. The highest growth was recorded in Romania (31%), followed by Czechia, Slovakia and Lithuania (each 19%), Hungary and Portugal (both 17%) and Cyprus (15%).