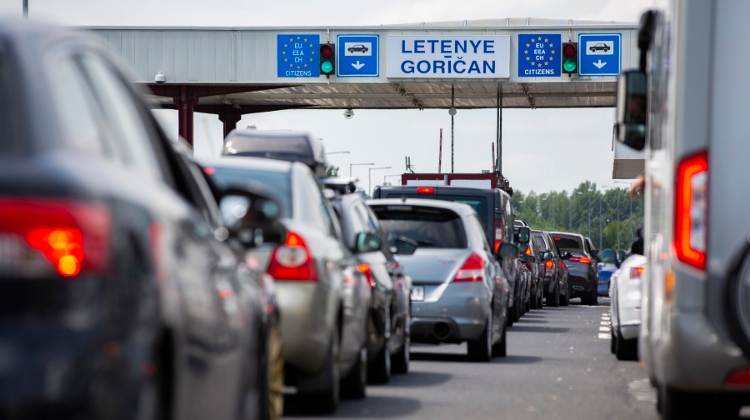 The government is introducing international travel restrictions with the aim of preventing a new wave of the coronavirus epidemic, the Prime Minister's chief of staff said.

Gergely Gulyás told a press conference that Hungary must prevent the virus from being imported from abroad. The government does not currently plan to introduce any additional restrictive rules within the country but it will tighten border controls from Wednesday, he said.

“Hungary is today among the safest countries in Europe,” he said. But given new outbreaks around the world, the government is putting the health and safety of Hungarians foremost and is doing everything possible to prevent the virus’s return, he said.

The operative board in charge of containing the epidemic has advised the government to classify countries into “red”, “yellow” and “green”, based on the severity of the situation in each, Gulyás said, adding that it is continually monitoring infection data from abroad.

There are “worrying signs” from neighbouring countries, he said. “The better we are able to protect our borders and restrict entry to the country, the better we can uphold the conditions for a safe and free life in Hungary,” he said. 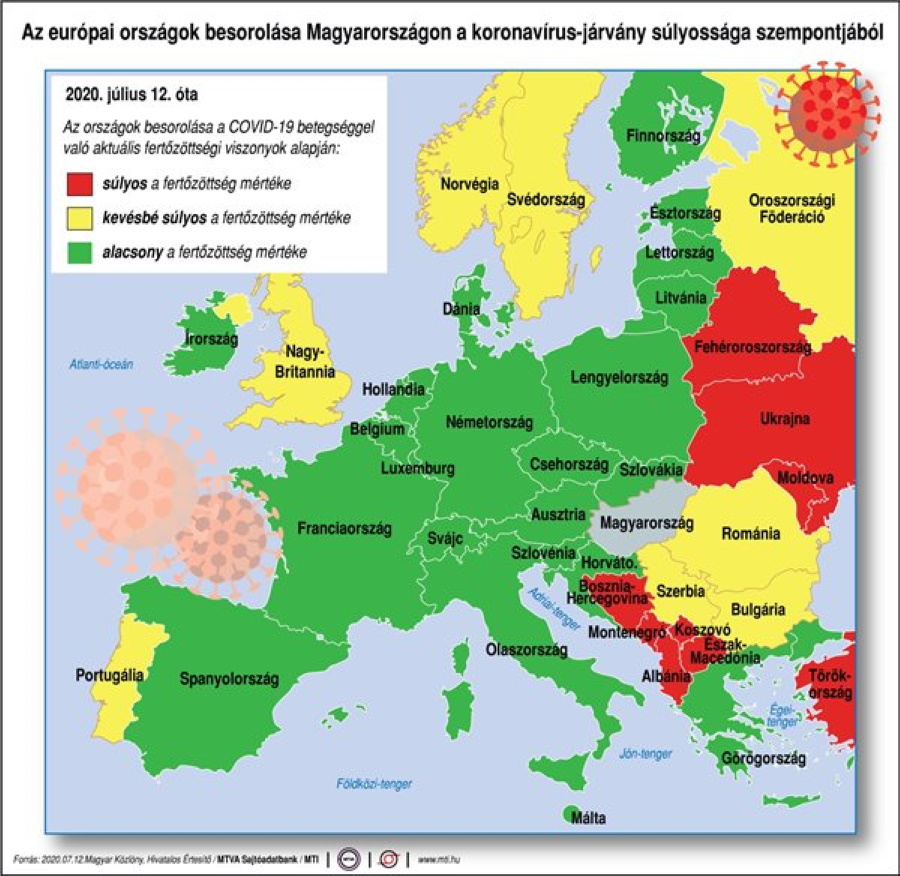 Entry from “yellow” or “red” countries will entail undergoing a health check at the border and 14 days in quarantine unless two consecutive negative coronavirus tests taken 48 hours apart within the previous 5 days can be proven.

Hungarian citizens coming from a “yellow” country depart quarantine after a single coronavirus test, while those from “red” countries will need two negative tests to do so.

The same rule applies to non-Hungarian citizens from “yellow” countries, but those from “red” ones will be forbidden entry altogether.

Transit and freight traffic are exempt but will have to foLlow an officially designated corridor. At the same time, health examinations may be carried out if needed.

The government will keep the list of countries and their classification under review, and it is possible the number of countries in the yellow or red category may be expanded.

Bulgaria, Portugal, Romania and Sweden are currently “yellow” EU countries, while from outside the EU the United Kingdom, Norway, Russia, Serbia, Japan, China and the United States are the same.

Asia, Africa and South America are also classified as “red”.

In Croatia, still classified as “green”, the number of infected people is low but increasing, he noted.

The PM’s chief of staff said the government will bear the costs of testing until Aug. 1. After this date, unless people are prepared to enter into official home quarantine for 14 days when they return home from a country marked yellow or red, they will have to pay for the test.