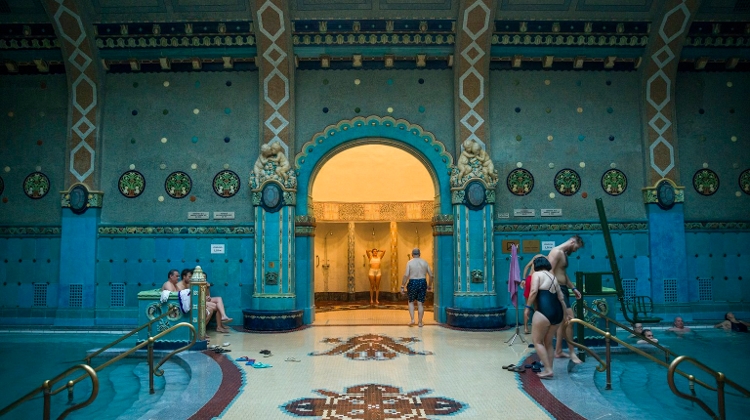 Revenue of Budapest spa operator BGYH could drop by 60% to 8-9 billion forints (EUR 26m) this year even under an optimistic scenario that there will be no second wave of the coronavirus epidemic, the recently appointed CEO of BGYH said in the Monday edition of business daily Világgazdaság.

All the spas operated by the company were closed from March 15 until May 30 because of Covid-19, Ildikó Szűts told the paper.

Originally, they projected 5-6% rise of revenue after a 20% increase to 18.4 billion forints last year, but now “constant crisis management” is going on, she said.

The CEO projected losses of 3-4 billion forints this year that should be recouped in the next few years. Several of the investments planned by the earlier management have been halted, among them the reconstruction of the denoted Turkish Király Bath.

“At present we must launch only those investment projects that generate enough income to materially help mend the consequences of the crisis situation,” she said.

The Gellért Hotel will operate until December 31, 2021 as to their knowledge, therefore the Gellért Bath will operate till that date for certain, she said in response to a question. The hotel and the spa had been constructed together, therefore the renovation of the spa “must be put on the agenda” once the renovation of the hotel starts, she said.

In the meantime plans should be drawn how a five-star spa hotel and a connected five-star spa could be shaped. The bath is in a bad condition, its engineering system is outdated, and resources must be found for the “gigantic costs” involved, she said.

Property developer Indotek Group purchased the Gellért Hotel from Danubius Hotels Group in 2019. Indotek said at the time it plans to renovate the landmark hotel, preserving it, while upgrading it to a five-star hotel within a few years.