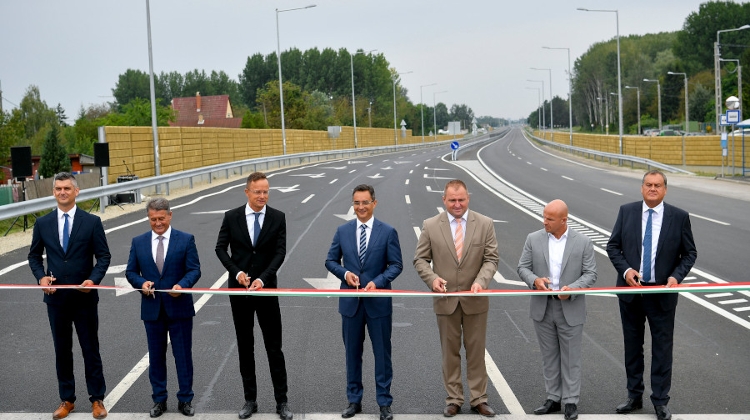 Hungary must continue developing its road infrastructure to increase its competitiveness, the minister of foreign affairs and trade said at the inauguration of a new, four-lane road section between Debrecen and Hajdúsámson, in eastern Hungary.

Péter Szijjártó said that 500kms of motorways have been built in Hungary since 2010 and over 6,000kms of roads have been renewed.

According to the minister, 214 road projects will be completed in 2020, while a total 5,000 billion forints (EUR 1,4bn) will be spent on railway and road developments in the next four years.

Concerning Debrecen, Szijjártó said that 25 local companies had indicated plans to create further developments worth a combined 12 billion forints, adding that those projects would help save some 2,900 jobs.

The government will contribute 6 billion forints to the schemes, he said.