Budapest Airport Closes Part Of Terminal 2 - How This Affects Travellers 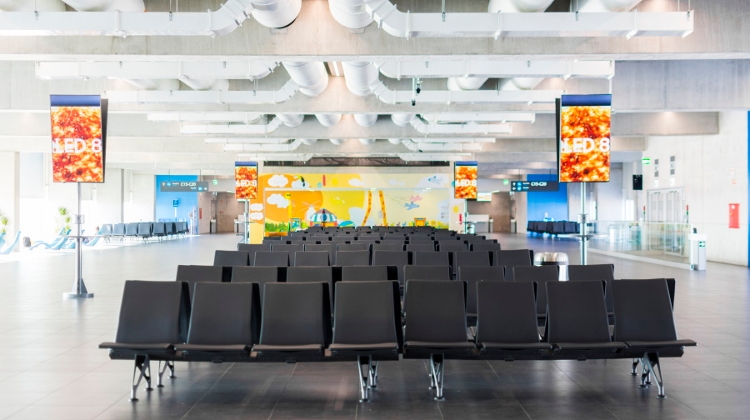 Due to falling passenger numbers, Liszt Ferenc International Airport has closed part of Terminal 2, the facility manager announced on Tuesday. The Sky Court remains open, however.

The recently opened Pier 1, the check-in area, food court and arrival area in Terminal 2A and some of the departure area at Terminal 2B have now been closed.

Based on the expected flight cancelations and reduction in passenger traffic, Budapest Airport expects no more than 3000 passengers per day during the coming period, instead of the 45-50 000 that was customary at this time on a daily basis.

The annual passenger number could thus be no more than 5.5 million, one-third of the airport's initial plan.

The drastic drop in passenger traffic caused by the coronavirus is visible throughout Europe; 1.15 billion aerial passengers have vanished on the continent until the end of August, due to the travel restrictions introduced on account of the pandemic, the local airport operator says.

Transferring and transiting at Ferenc Liszt International Airport is possible in compliance with the procedural rules drafted by the authorities, states the airport.

It is possible to transfer between flights if this involves two different airlines; however, Budapest Airport asks passengers to make sure before they travel that their second flight has not been canceled.

Otherwise, if the airline cancels the second flight, passengers must wait in the transit area of the airport until they are able to depart.