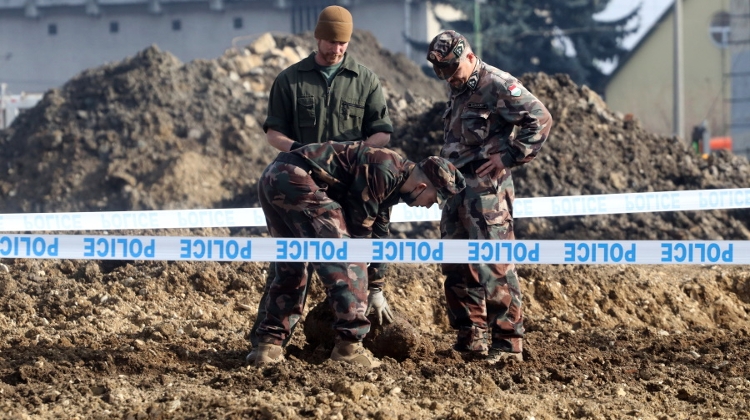 Explosives experts established that the bomb had a detonator, which had to be defused at the site, Milán Gajdos told MTI.

Local residents, more than 100 people, were evacuated from 32 buildings in an area with a 200 metre radius around the site, he said.

The experts disassembled the explosive device at the site and moved the bomb to a central army base for dismantling, Gajdos said after the operation.

Local residents could afterwards return to their homes, he said.