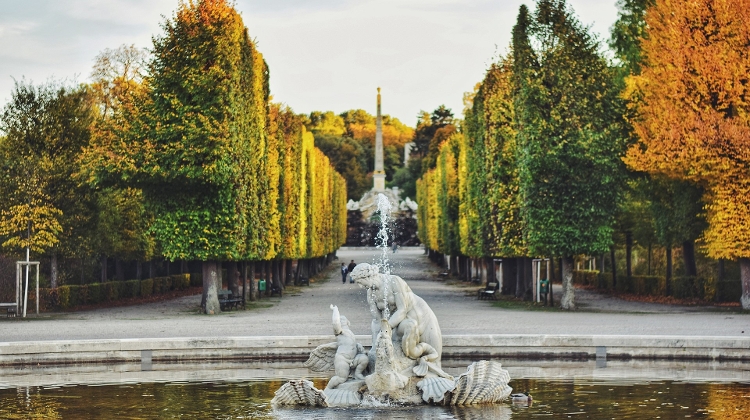 Hungary, where religion has little hold on society and abortion has been legal since 1992, could almost be considered a country where access to abortion is not a problem at all. Except that it involves two compulsory appointments with a childcare worker and that medical abortion isn’t allowed. As a result, hundreds of Hungarian women have abortions in Vienna every year.

In contrast to Poland and Romania – two countries where access to abortion was severely hampered during the pandemic – Hungarian clinics continued to perform surgical abortions up to the 12th week of pregnancy, as they did before the pandemic.

Covid-19 testing, which used to be carried out on the spot free of charge, has evidently become compulsory. This was the case for the public hospital where gynecologist Ildikó (first name changed) works some fifty kilometres from Budapest.

“These are not operations that can be postponed, so they were not,” she says. “The only thing that changed was that if the patient received a positive Covid-19 antigen test, she was sent home and had to undergo a PCR test, but we were always careful that she didn’t exceed the legal time limit,” she explains.

Ironically, the pandemic has in fact led to easier access to the morning-after pill, which normally requires a prescription and therefore a visit to a doctor. In Ildikó’s facility, a simple phone call answering a few questions is all it takes to receive a prescription during the pandemic.

Although abortion is legal in Hungary, it’s often forgotten that the 1992 law governing it refers to “the protection of the life of the foetus”.

It is therefore officially possible to have an abortion only in the case of “a serious crisis situation that causes physical or mental disruption or social impossibility”.

Even if, in reality, no justification is needed to proceed with an abortion, it is mandatory to have two appointments at least three days apart – in practice, sometimes more – with the family services, after medical confirmation of the pregnancy. This is where the childcare worker, or what comes close to it, the “védőnő”, comes in.

During the first meeting, she details the financial aid and organisations available to future mothers, the conditions of adoption, and the various methods of contraception. She also says a few words about abortion.

During the second interview, the subject of abortion is discussed more in length, as well as the legal conditions, the method used, the organisations that carry out the procedure and, once more, contraception.

The application is then sent to the institution chosen by the patient, who must go there within eight days. An abortion costs 41,667 forints (or €115), which is not reimbursed by Hungarian health insurance, except in certain cases (rape, life of the pregnant woman in danger, financial precariousness, etc.).

The problem is that the childcare workers and nurses – who are free to conduct the interviews as they see fit – are used to accompanying pregnancies and the first weeks of the baby.

When it comes to abortion, some do not hesitate to lecture and “moralise” the pregnant woman, or even emotionally blackmail her in favour of the “unborn child”. According to a 2014 study by women’s rights group Patent, of 101 women leaving the védőnő’s office, 13% felt scarred by the content of the interview.

“In fact, these appointments are clearly meant to try to change your mind,” laments Krisztina, an activist with Patent. “Who wouldn’t like to avoid such a humiliating situation?”, she argues, adding that she knows that more and more Hungarian women are choosing to go to Vienna.

“The experiences that Hungarian women report to us are outlandish,” confirms Christian Fiala, a gynecologist who sees 10 to 15 Hungarian women a week at his Gynmed clinic in Vienna.

Their number has been increasing for about eight years, according to him, in contrast to the number of abortions performed in Hungary, which has been falling since the 1990s.

“The concept of a ‘reflection period’ is actually insulting, as it implies that women now have to think about it as if they hadn’t thought about it before,” notes the 61-year-old Austrian doctor.

“The two compulsory appointments are one of the main reasons why Hungarian women come to us,” says Diána, a Hungarian assistant to Dr Fiala until 2019. “I had two or three patients who were made to watch the film ‘The Silent Scream’ [an anti-abortion film criticised by the scientific community].”

During these interviews, the childcare worker commented after the screening that they were about to “kill their child!” says Diána. “We also have Hungarian women who prefer to avoid the dysfunctional Hungarian health system from the outset and are prepared to pay the price,” adds the medical student.

An abortion in Austria is not cheap for a Hungarian wage-earner: €560 for an abortion up to the 10th week, and €600 beyond that. To this must be added an overnight stay after the preliminary medical consultation.

Another reason why Hungarian women have abortions in Austria is the legal time limit. Surgical abortions are allowed up to the 14th week of pregnancy in Austria, two weeks longer than in Hungary.

Another advantage of Vienna is the possibility of having a medical abortion, allowed – contrary to Hungary – until the 9th week of pregnancy.

In 2012, Miklós Szócska, the then Secretary of State for Health in the Orbán government, referred to a “debate in the profession” and refused to allow the WHO-recommended medical abortion to be distributed in Hungary.

Rózsakert Medical Center, a private clinic in Budapest, which had administered them for two years before the formal ban, had to give in in 2012 under pressure from the conservatives of Fidesz-KDNP.

Christian Fiala confirms that the majority of his Hungarian patients opt for medical abortion. “Hungarian women, when they are in early pregnancy stage, prefer medical abortions, because in Hungary they are told that if they have a surgical abortion, they cannot have a child afterwards, which is completely false,” says Diána in Vienna.

This lack of information about contraception and abortion led one of Ildikó’s patient, who was having her 10th abortion in Hungary, to refuse the IUD as a method of contraception, arguing that she wanted to have children afterwards.

“I wanted to tell her that she would be more likely to be sterile after 10 abortions than with an IUD,” says the gynecologist, who adds that “Hungarian women have a lot of prejudices about contraception. In the end, they tell themselves that their partner will eventually ‘pull out’… that says a lot about sex education in Hungary,” she opines.

During the pandemic, Hungarian women who opt for a Viennese procedure suffered from travel restrictions, closed hotels, fewer means of transport, a possible compulsory quarantine back, sometimes intractable childcare and other restrictions – akin to what Polish women have had to go through, with the notable difference that, for Hungarians, Vienna is only two and a half hours away by car and involves only one border crossing.

At any rate, the pass provided by Gynmed has always allowed them to cross the Austrian border.

An ordeal for foreigners

Abortion in Hungary can also prove to be a genuine ordeal for foreigners. One of the prerequisites for an abortion is a residence permit. Melody, in her Erasmus year in Budapest in 2012, became pregnant by accident and decided to have an abortion in the Hungarian capital.

“I figured that in Hungary it was legal and that I was supposed to have the same rights in hospital as in France. I knew it wasn’t the same follow-up, but I really thought I would be taken care of like an EU citizen.”

After many lengthy appointments between different hospitals and clinics, followed by an interview with the childcare worker, Melody is still pregnant.

“I was asked to prove that abortion was legal in France, the embassy then confirmed the absurdity of such a document, which it did not have… Then another document was needed, which caused another delay of several weeks, a verification of who knows what…”.

She eventually had to go to Dr. Fiala’s clinic for an abortion. “You have something growing inside you and everyone has an opinion about your body. You are a foreigner in a country where you are supposed to be protected.

And when you think you’re at the end of the red tape… you’re still not there,” she says, appalled at the extent to which she, the primary person concerned, had no say in the matter. “In Vienna, I felt listened to. I had the feeling that I was finally breaking free from the storm and the violence of other people’s opinion on women’s bodies,” she concludes.


Article written by Hélène Bienvenu and published in partnership with Le Courrier d’Europe Centrale. The research for this article was partly funded by n-ost, with support from the German Federal Foreign Office.