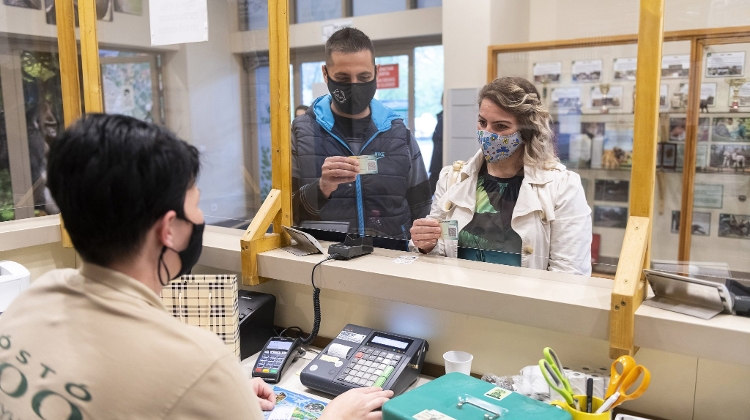 Most services in Hungary reopened on the first of May, but only people with an immunity card can use them. As these cards are automatically given after getting the first dose of the Covid vaccine, many people are deciding to skip their second shot.

In response, the government has decided to introduce a regulation that would invalidate the cards of those who have not been fully vaccinated.

After Hungary reached four million vaccinated people, a wide range of services became available, but only for those who have vaccination certificates.

The plastic cards are granted to people who have already recovered from the coronavirus or have received at least the first dose of a vaccine.

Hotels, theaters, cinemas, libraries, gyms, fitness centers, swimming pools, and several other venues can only be visited by those having such cards.

These restrictions serve a dual purpose: to curb the spread of the virus, but also to incentivize people to get vaccinated.

However, the measure has been subject to a lot of criticism since its introduction.

Immunity certificates in Hungary are already given to those who have only received the first shot of a two-dose vaccine, usually sent out a week after getting the shot. This means that someone who is not yet fully protected can still use all of the services.

Another major problem is that many people only get vaccinated just to receive the privileges provided by the certificates, and once having them, they just simply skip their second Covid shot.

Although the government has not yet revealed how many people have missed their second inoculation appointment so far, they have pledged to work out a solution for the issue.

In the government’s weekly press briefing in early May, Gergely Gulyás, the prime minister’s chief of staff, noted that they were already working on a motion that would render an immunity certificate invalid should a person fail to get the second shot of a two-dose vaccine.

As the cards have a QR code printed on them, a QR code reader or even a smartphone can be used to retrieve information from Hungary’s central health database. Thus, all relevant information regarding the vaccination of a given person including the cards’ validity can be retrieved.

Gulyás also added that certain service providers like restaurants would be authorized to check the validity of the cards.

Obudsman: corrections to Hungary’s Immunity Certificate may be justified

The current regulations on immunity certificates are not objectionable as a whole but certain corrections may be justified from a constitutional perspective, the ombudsman for fundamental rights said late Thursday evening.

The ombudsman’s office said it had received over eight hundred complaints in connection with the immunity certificates in a few days.

Ákos Kozma said that after reviewing these complaints he had submitted proposals to the interior minister and the human resources minister.

This is not objectionable from a constitutional perspective as long as enough vaccines are available for the entire population and it is exclusively up to the individuals to take or reject the vaccine, he added.

Current regulations require Hungarians to hold vaccination certificates if they want to attend various sports and cultural events, use indoor areas of restaurants or stay in commercial accommodations as guests. Kozma said that during a pandemic it is not illogical to set conditions for access to certain services.

It is the government’s task and responsibility that the certificates should be issued once full immunity develops, he said. Some might request the vaccination for “pragmatic reasons”, purely to acquire a certificate and skip the second jab. He said that he had proposed a review of the regulations on the issuance of certificates.

The validity of the certificates must be specified in a way that reflects the most likely immunity period and the government should continually review whether the relevant regulations need to be updated, he said.

Kozma also said that people who could not get vaccinated for health reasons should not be required to hold an immunity certificate in order to access certain rights.

Additionally, he said that persons inoculated abroad against Covid should be ensured the same rights as Hungarian holders of immunity certificates and legislators should find a way to ensure this.