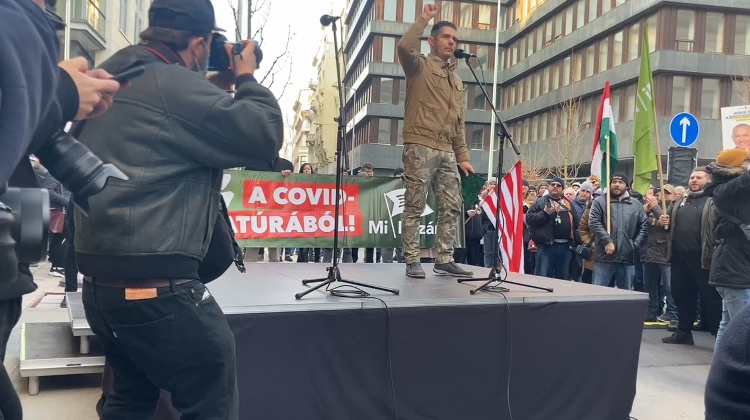 Far-right party Our Homeland Movement held a demonstration Sunday afternoon in downtown Budapest against the “covid dictatorship,” as they phrase it. The party held a similar event in November, with both demonstrations attracting a few thousand protesters.

The party protested mandatory vaccinations in Hungary, despite the fact that such mandates are already quite uncommon in Hungary, as well as policies requiring children to be vaccinated.

They also expressed their opposition to the government’s announcement on Thursday that the official “protection card” will become a “vaccination card” on February 15, meaning that it will only be valid for those who have received three vaccine shots, or gotten the second shot within the past six months.

Party chairman László Toroczkai, who portrays himself as “Hungary’s only unvaccinated candidate for prime minister,” said that the party intends to increase its street resistance against “vaccine terror” until the April 3 elections.