Budapest’s Only Marsh to be Saved 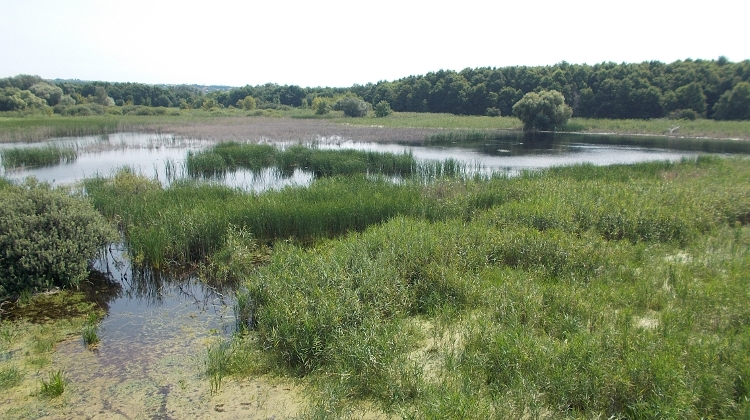 The Merzse marsh, the only wetland habitat in Budapest, located in Rákosmente, has been threatened by a shortage of water for years, in spite of rehabilitation efforts by the Municipality of Rákosmente. Budapest Airport has therefore joined the leadership of the municipality, which has long been committed to protecting the environment.

The most important task is to ensure water replenishment, which is a multi-stage process. As a first step, a rehabilitation plan is now being prepared for nearly 20 million HUF, financed jointly by the Municipality of District XVII and the airport operator.

The Merzse marsh, the last remaining marshy area, once so characteristic on the Pest side of the capital, is now facing a serious water shortage, which threatens its unique biodiversity.

The Municipality of Rákosmente, together with Budapest Airport, is therefore preparing a rehabilitation plan, which, with the involvement of experts, and, if necessary, coordinated with the Municipality of Budapest, will define precisely what actions are needed to save the valuable flora and fauna.

The Municipality of Rákosmente has been monitoring the situation for years, and has taken preventive measures (replenishing water, supporting a habitat reconstruction program) to try and revive the area.

Budapest Airport is now joining this initiative, providing 10 million HUF to support the development of a rehabilitation plan that could effectively help to preserve Budapest’s most undisturbed wetlands in the long term, by boring ditches, to provide artificial water replenishment.

The nature reserve adjacent to the airport, protected by the capital, is a hidden treasure trove of rare plant and animal species. In recent years, however, the area has been shrinking, due to climate change and the growth of the agglomeration area, and is unable to maintain the water levels needed to continue providing a suitable home for the marshland wildlife.

Its survival is vital, however, as it is home to special species, such as the smooth newt, the northern crested newt, the European pond turtle and several frog species. It is a popular breeding ground for the western marsh harrier, and favored by many other bird species, such as the European bee-eater, the common nightingale, the Eurasian bittern and the Eurasian sparrowhawk.

Mammals such as deer, foxes, badgers and weasels also feel at home in the marshy area.

The flora is also very rich, with tall sedges, reed, almond willows, willow-poplar gallery forests and drying Molinia meadows. Numerous protected plants are present in the area, including the Pannonian knapweed, the common cottongrass, the fragrant orchid and other orchid species. In the spring, the marsh is at its most beautiful, when the yellow iris and the common grape hyacinth are in bloom.

This is why, similarly to the Municipality of Rákosmente, the operator of Ferenc Liszt International Airport believes it is important to preserve the marsh and ensure that this rare habitat remains one of the capital’s hidden gems.

Chris Dinsdale, the CEO of Budapest Airport said, “Budapest Airport is committed to corporate social responsibility, and especially supporting the municipalities and residents in the vicinity of the airport. In recent years, we have provided continuous support to the Municipality of Rákosmente, and to several institutions in the district, kindergartens and schools.

The preservation of the Merzse marsh is another project involving close cooperation, which is not only in the interest of the district, but of Budapest as a whole as well.

The only marsh in the capital is located near the airport, but unfortunately it has been threatened by a shortage of water for years. It is very important for us to revive and preserve this treasure.”

Tamás Horváth, the mayor of Rákosmente, emphasized: “I believe that protecting our environment, protecting and developing the nature around us is essential for creating spiritual balance in human beings.

As mayor, I am working to place even greater emphasis on environmental protection than previously. And we are counting on everyone to help save the Merzse marsh, because protecting our environment is a common cause.

The leadership of the district, which has long been committed to protecting the environment and preserving biodiversity, is happy to see Budapest Airport joining the program to save this special nature reserve.”

More information about the special flora and fauna of the Merzse marsh is available on the website of the Municipality of Rákosmente.