'Saving Lives Not To Be Mixed Up With Politics', Says Hungarian FM 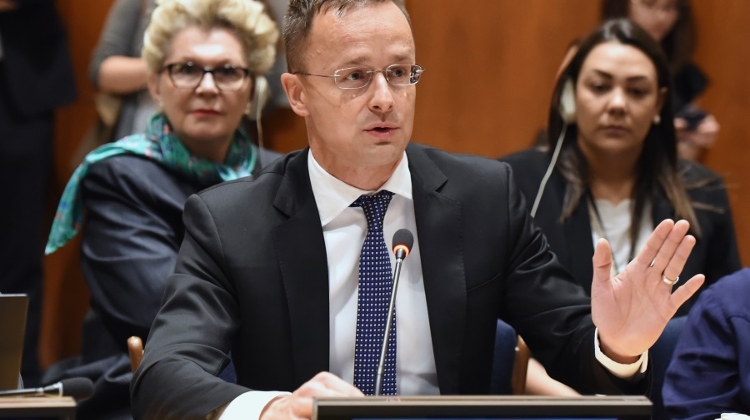 “Saving human lives must not be mixed up with politics,” Foreign Minister Péter Szijjártó said in New York, adding that “some players set that principle aside during the coronavirus pandemic and considered the vaccines as political statements based on their country of origin”.

A statement from the foreign ministry quoted the minister as saying at a discussion on health care under the auspices of the UN General Assembly that such behaviour was “irresponsible”, adding that “political decisions cannot be allowed to cause people to die”.

Application of various vaccines should be treated as a medical question, while “the country of origin of applications or products must not be the subject of political disputes,” Szijjártó said.

Meanwhile, Szijjártó said the Hungarian government was committed to the UN’s objectives of providing clean drinking water to people globally.

In Hungary, he added, everybody has access to clean water. Also, he said differences of health care in each country should not be considered as a legal basis for illegal migration.

Hungary has so far received some 1.5 million refugees from Ukraine, and provided them with the same health services and schooling as its own citizens, Szijjártó said.