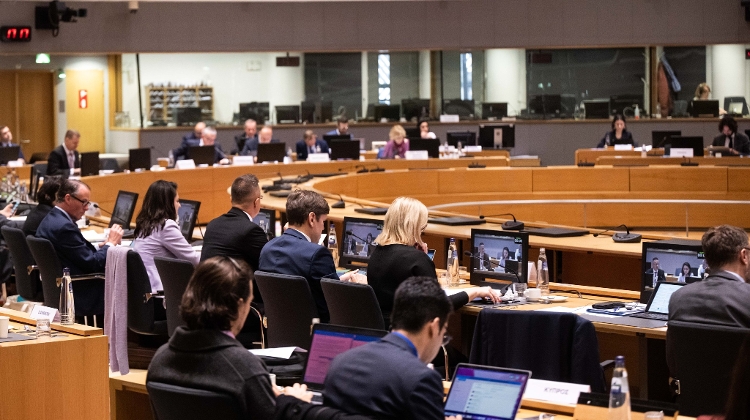 It appears that Hungary will be given an exemption from the European Union’s planned price cap on Russian oil imports, the minister of foreign affairs and trade said in Brussels on Thursday, adding at the same time that “several dangerous proposals are still on the table”.

Under the current plan, the oil price cap would not apply either to pipeline deliveries or deliveries by sea if they became necessary due to unviable pipeline delivery, the foreign ministry cited Péter Szijjártó as saying after a meeting of EU energy affairs ministers. This latter exemption is important given the disruptions to crude deliveries via Ukraine, he said.

If these exemptions were not applied the volume of Russian oil deliveries would drop, causing prices to rise, Szijjártó said.

As regards the European Commission’s other proposals, the minister criticised the solidarity mechanism aimed at avoiding sharp disparities of gas supply across the bloc, calling it “yet more power aspirations on the part of Brussels aimed at eroding the energy-policy sovereignty of member states”.

He said member states had failed to reach agreement on the proposal at the meeting after “a significant number of them” resisted the idea.

Szijjártó said Hungary had helped to ensure that the scheme for joint EU gas purchases would be voluntary, thereby preventing the country from “getting stuck on unfavourable platforms”.

He noted that under the scheme member states would have to notify the EC six weeks in advance of their intention to discuss gas deliveries, “at a time when quick decisions are needed”.

“This is obviously nonsense — madness; we don’t even understand how it could have made it into the proposal,” Szijjártó said. He also criticised the part of the proposal that would require member states that have enough gas in storage to turn some of it over the countries facing trouble in times of crisis.

Given that gas prices are higher when storages are being filled up than when the gas is being used, such a proposal would open the door to speculation, he said, arguing that no one would have an interest in buying gas when the storages have to be filled up, which would constitute a risk to energy security.

Szijjártó said member states had also begun talks on imposing price caps on gas imports, but had not reached a decision. The ministers will next meet on Dec. 13 to continue the talks.

Szijjártó called the proposal “dangerous, pointless and inadequate”, saying there was a risk of gas deliveries being withheld from Europe or diverted somewhere else. “Moreover, it does not fall in line with the decision reached at the European Council’s last session,” he added.

Szijjártó said the closing statement issued at the last European Council session declared that the price caps on natural gas would not apply to long-term gas supply agreements.

Yet under the latest plan this would not be the case, which the Hungarian government considers “unacceptable”, he said. Hungary will fight to achieve an exemption from the gas price cap as well, Szijjártó added.

The Hungarian government is prepared to handle disruptions of crude deliveries via the Druzhba pipeline due to Russian missile attacks on Ukraine’s energy grid, the foreign minister has said, adding that the disruptions would not impact the security of the country’s oil supply.

The disruptions are caused by damage done to the Ukrainian systems powering the pipeline, Péter Szijjártó said after meeting key energy sector representatives, according to a foreign ministry statement. He added that repairs one the pipeline are constantly being carried out.

Szijjártó said the sanctions imposed by the European Union because of the war were “only aggravating the situation”, arguing that “these obviously unsuccessful measures” had led to an energy crisis and were “hurting Europe more than those they have been imposed on”.

He said this plan was a “dangerous and bad idea”, arguing that it would cause further problems on the European energy market.
The minister said he will make Hungary’s position on the matter clear at the meeting. “We’ll be fighting tomorrow in Brussels and then over the course of the legislative procedure in the coming weeks to ensure that Hungary gets exemptions from the implementation of both the cap on gas prices and the cap on oil prices,” Szijjártó said.
Hungary buying its oil from Russia is “not some sort of political statement”, he said, adding that this was the only way currently to guarantee the security of the country’s oil supply. This was why, the foreign minister noted, that Hungary had fought for the exemption of pipeline deliveries of Russian oil from the EU’s embargo. Szijjártó said that this time he will fight for the exemption of pipeline crude deliveries and long-term gas supply agreements from the price caps. “If we can achieve these … then Hungary’s energy security will remain intact,” the minister said.