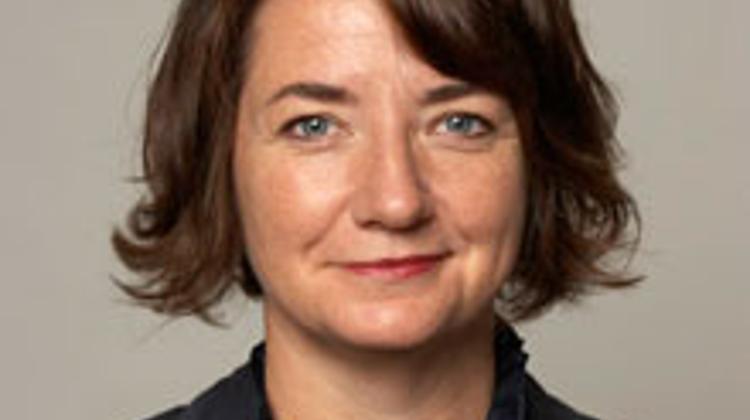 Karin Olofsdotter took up the post as Ambassador of Sweden to Hungary in the fall of 2011. She entered the Foreign Service in 1994.

Prior to coming to Hungary she was posted in Washington DC as Deputy Chief of Mission between 2008 and 2011. Her responsibility was to oversee and coordinate the work of Embassy.

Karin Olofsdotter has also been posted to the Swedish EU-representation in Brussels, Belgium where she worked on European security policy and defence issues. She was chairman of the EU Political-Military Group during the Swedish Presidency of the EU in 2001.

Prior to this she worked at the Swedish delegation to NATO where she was representing Sweden in the working groups of WEU (Western European Union). She was previously posted in Moscow, Russia where she was mainly responsible for covering Belarus.

Karin Olofsdotter has a BA in psychology, economics and Russian. She has studied at UCLA Anderson School of Management. She speaks Russian, French and English.

Karin Olofsdotter is married, and has a son and a daughter.


1. When did you arrive in Hungary and what brought you here?
I arrived together with my family, husband and two kids, in late August 2011. We came here as I was appointed Sweden's ambassador to Hungary.

2. Have you ever been an expatriate elsewhere?
Absolutely! My travelling urge took me to the United States and Atlantic City as an exchange student in my late teens. Then I worked for half a year in New Zealand as a bar tender in my early twenties. During my university studies I spent 8 months in Moscow, then a year in Los Angeles. As a diplomat I have been posted in Moscow, Brussels and before coming here we spent three years in Washington DC.

3. What surprised you most about Hungary?
People are surprised when I say I think there is a high level of service in Hungary. And coming from the the United States I was very surprised to learn how courteous people are in traffic when it comes to letting you in before them.

4. Friends are in Budapest for a weekend - what must they absolutely see and do?
I love the Szechenyi bath, they must try Hungarian wines which are great, and go for a jog on the Margit Island. But there are so many things to do here - it is actually hard to just pick a few things.

5. What is your favourite Hungarian food?
Gundel pancakes!

6. What is never missing from your refrigerator?
Parmesan cheese

7. What is your favourite Hungarian word?
Virágbolt

8. What do you miss the most from home?
Müsli and Swedish blood sausage - always carry lots of it with us back from Sweden.

9. What career other than yours would you love to pursue?
I would have loved to own a bookstore.

10. What's a job you would definitely never want?
Cleaning windows of a sky skraper.

11. Where did you spend your last vacation?
Skiing in the tetra Mountains in Slovakia

12. Where do you hope to spend your next one?
Lake Balaton

13. What was your favourite band, film, or hobby as a teen?
Favorite movie was Grease, favorite band Vangelis, favorite hobby golf - my friends and I basically lived on the golf cource.

14. What can't you resist?
Chocolate

17. Morning person or night person?
Middle of the day person

18. Which social issue do you feel most strongly about?
Children - maltreatment, abuse of children in any form in any part of the world. So many children grow up in appaling situations - lack of food and health care, lack of education, sexual exploitation to just name a few issues!

19. Buda side or Pest side?
Spend most of my days on the Buda side - haven't explored Pest enough yet!

20. What would you say is your personal motto?
Sounds a bit pathetic but it is actually to try to always look on the bright side - helps even in terrible situations.