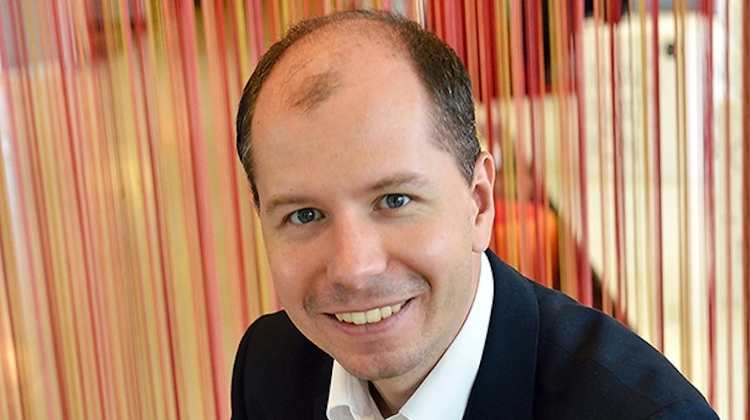 Mr Csapó graduated in 2007 with a hotel management diploma and started his career at Accorhotels. He worked with this hotel chain in the field of sales for 10 years in 4 different properties in Budapest, namely Mercure Korona, Novotel Centrum, Mercure Buda and Novotel City.

At Accorhotels he got the opportunity to participate at their Talend Development Program,  a training program for future managers, and also their accredited Train the Trainer program and he became their internal trainer as well.

From 2017 he joined the team of the Holiday Inn Budapest hotel where he was working as a Director of Sales and Marketing for two years.

This September László says he had the chance to challenge himself in a different industry when he joined LOT Polish Airlines as the Country Manager in Hungary.


1. Where did you grow up?
In Budapest, I was born in the 14th district, a green area of Pest. When I was nine we moved to the 6th district, in the heart of the city, and I have been living there in the ever since. It’s great in the center to be able to ride my bike and reach everywhere in the city so easily in that way.

2. If you could be an expat anywhere in the world, where would you choose?
Let’s dream big and say New Zealand. I’ve never been there but feel I would love to live there.

3. What would you miss most if you moved away from Hungary?
My family and friends, naturally. Probably the city too, and the country as a whole as well. Thse two parts could be compensated for by New Zealand, but not the friends and the family part of course.

4. Friends are in Budapest for a weekend - what must they absolutely see and do?
The must see places include the ususal tourist attractions, viewed on foot not by a tourist bus. I would show them Andrássy Boulevard from the beginning untill the end, including little trips down the small side streets there, to show them the real Budapest. For example to see old buildings still with bullet marks from the war, and to taste real Hungarian dishes at the Market Hall, and we’d also discover the Jewish district.

5. What is your favourite food?
I am a huge fun of mousaka.

6. What is your favourite sport / form of exercise?
Riding a bike, I’ve done it for years. I even did the Critical Mass during the first few early years of that bike gathering. Many of my friends are also cyclists.

7. What is your favourite place in Hungary?
I have a weekend house with a garden in Vértes, in the Western part of Hungary. It is one hour away by car and I go there at the weekends to recharge my batetry in nature. I go cycling, fishing in the lakes around that area, and also do some hiking. It’s such a great place to relax and switch off.

8. What career other than yours would you love to pursue?
Since my childhood I wanted to be a commercial pilot. My father was a flight engeneer at Malév. I learn to fly as a teenager via the glider club of Malév. Then because of the changes that went on with Malév, I ended up focusing on another profession and studied tourism management.

9. What’s a job you would definitely never want?
As a teenager I always had a job during the summers. I did some car washing since my friend’s father worked at Fiat dealership. I enjoyed the first three cars, but that is something I would never so again. I had my first internship at Gellért Hotel, and after two month I promised myself not to work in a hotel ever again, however dispite that I spent twelve years in the hotel industry, so I learnt never to say never.

10. Where did you spend your last vacation?
In Zakopane, Poland. We went to watch the Tour de Pologne bike race, but didn’t participate other than our own tours in the mountains, in between enjoying the local cuisine there with my friends. I have to say I really enjoyed the Polish hospitality.

11. Where do you hope to spend your next one?
In New York all being weel, as I’ve been there before but only for three hours in transit when I was a child. Now there is a direct flight by LOT Polish Airlines there from Budapest three times a week now and seven times a week from May 2020 so it is a good opportunity now.

12. What was your favourite band, film, or hobby as a teen?
Cycling was my main hobby, although I tried other things that is the one I loved and stil do. I am still friends with the ones I met back than, even though we have grown up in different directions. Lance Armstrong had a huge impact on me, as I saw him racing and it was a great experience especially at that age.

13. Apart of temptation what can't you resist?
Well, talking about cycling, I have to say going fast on mountain roads. I have the need to see how fast I can go. I also like it because I feel so close to nature when on the road in that way.

14. Red wine or white?
Reds. I enjoy trying many types while listening to the stories behind them.

15. Book or movie?
Book. Annimal Farm by George Orwell was the last one I read recently, and also 1984 by him.

17. Which social issue do you feel most strongly about?
Poverty. People should be taught how to handle money better, so many don’t manage their finances well, and it all boils down to a lack of education.

19. Which achievement in your life are you most pleased about?
My current position at LOT Polish Airlines.

20. What would you say is your personal motto?
It’s not the destination but the journey that counts most.