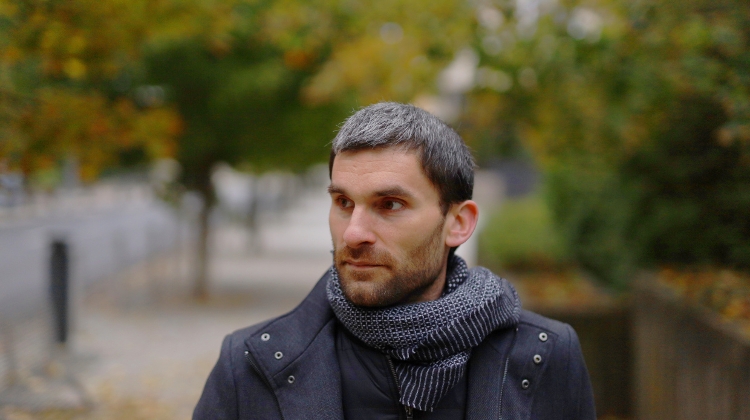 Mechanical Engineer by formation with some taste for traveling: first in London, Canada, US and Belgium, it is in Hungary that he has found its longest settlement so far (8 years in total).

Engineer first in Szentes for 2 years in 2012, decides to come back again in 2016 to try a second experience in Hungary and start shaping up the project of Thermalhungary, after having seen and experienced by himself how poor was the existent offer on the net to find information about Hungarian thermal baths, in a non-Hungarian language.

He came back eventually also to complete its learning with Hungarian language (which is endless, as we all know…)

I have been fascinated and attracted by Central and Eastern Europe since I was young.
I arrived first in July 2011 for a 2-year mission in Szentes, for a French company.
Everything was setup for me when I arrived: a taxi was waiting at the airport, the job, flat, administrative papers… I had nothing to worry about.

Then I decided to return to Hungary in September 2016 after 3 disappointing years in France. This time, I had no plan at all waiting for me in Hungary, I packed my little Twingo in total improvisation and drove through Germany-Austria to start a second experience in Hungary.

The impression that Hungarians are not poorer than French people are, even if they have less money on their bank account.

Of course thermal baths and….Thermal baths I guess.
More seriously, Budapest is a fantastic place, but I would try to drag them to the deep country and show them what I call the “real Hungary”, which looks quite different from the District V of the capital.

I think my favourite hot plate is the fűszeres túróval töltött gomba, maybe I could eat this every day. Especially those from my friend Szandi.
Overall, the food level in Hungary is great, at a much higher level than what I could try in other countries where I have spent time: US, England, Canada, Belgium…
It is shorter to mention the ONLY ONE Hungarian food I don’t like: Pacal Pörkölt.

Megborotválkozni, I like how crazy and long is this one compared with the French and English “raser” and “shave”. I also love “Csütörtök” and “természetesen”.

I could criticize France for hours, but it still dominates everything about food.

When I was 15, I wanted to become a famous DJ. Producer, mixer, and play in live.
At 37 years old I have finally started to practice and learn it. It is never too late to develop a new skill!

Team Manager. I am a free mind: I hate to receive orders and I hate to give orders.

On the Atlantic coast with my family, we went camping where we have been going for almost 40 years.

The country I wish to visit the most is Iceland, but in next May (2023), we go to visit Croatia and Bosnia together with my mother.

LIDL pékáru !!! But only the LIDL here in Hungary.

I have watched when I was a child, the 3 movies Back to the Future an absurd number of times.

It depends where, I could not resist a good Pessac-Léognan from my region, but in Hungary it is definitely the Tokaji Aszú 5 Puttonyos who got the lead in my heart.
I insist on the “5” because the “6” and “Eszencia” have disappointed me both, too dense and too sweet. The “5” has the perfect balance.

None of them?... I only ready for tutorials, articles, news, documentaries. I almost never take the time to watch movies or series.

I come from West where the sun is ~90 min late so for Hungarian standards I am definitely night.

From my father:  Dans la vie on a que ce qu’on mérite = In life we only get what we deserve.