New Exhibitions At The Museum Of Fine Arts In Budapest 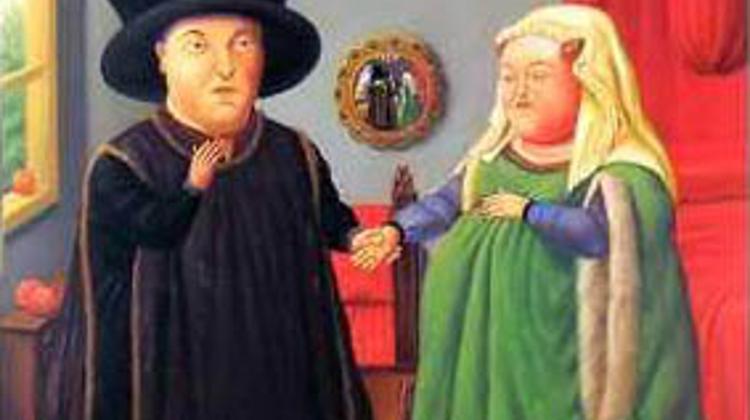 "Three large-scale exhibitions will run at the Budapest Museum of Fine Arts this autumn. The opening event, with works by Klimt as its focal point, will feature the masters of the Vienna Secession. Then visitors can see a selection of oil paintings representing the idiosyncratic style of the Colombian Fernando Botero, and at the end of October a tribute will be paid to Hungarian-born Lucien Hervé, the father of architectural photography, through a display of his most prominent works.

The autumn season opens with an exhibition of the art of Gustav Klimt and the masters of the early period of the Vienna Secession. The show spanning a ten year-period of the group of Viennese artists at the turn of the 19th and 20th centuries will display works by Gustav Klimt, the group’s central figure, as well as other, masterpieces hitherto unseen by the general public.

The works by Colombian Fernando Botero, an artist with an unmistakable style, are dominated by rotund and voluptuous forms, as well as characteristically simple yet highly expressive figures. The exhibition to run from 30 September will present a selection of 60 of his oil paintings, including colourful and brightly illuminated still-lifes and paraphrases evoking Latin American locales and events.

The third, large-scale event of the autumn season to open in late October will feature the photographic art of Lucien Hervé, born in Hódmezővásárhely, Hungary. The artist hailed as the inventor of architectural photography worked together with Le Corbusier from 1949, who invited Hervé to be his permanent photographer upon seeing his photographs taken of his Marseille residential block. Hervé’s oeuvre predominantly comprises photographs taken of the works of Modern Architecture, and the Museum of Fine Arts pays tribute to the 100th anniversary of his birth by staging this exhibition."