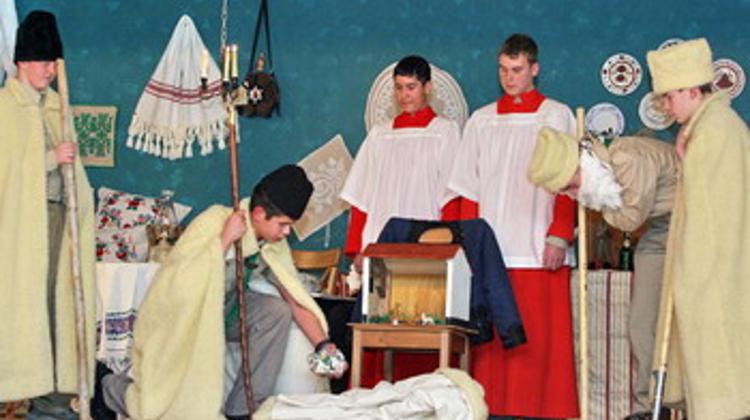 In Hungary and in Hungarian communities worldwide, a key element of celebrating Christmas is a traditional custom, the Bethlehem Shepherd’s play (Betlehemes játék). The present-day version of the Bethlehem folk play originates from the 19th-20th century, although it may date back as far as the medieval times.

* There is no room for Mary and Joseph in the inn.
* An angel of the Lord comes to the shepherds, who keep watch over their flock by night. The heavenly messenger brings the good tidings in Latin, a language not clearly understood by the shepherds, which creates misunderstandings that put a smile on the audience’s face.
* Once they understand the message, the shepherds go and worship the little Jesus.