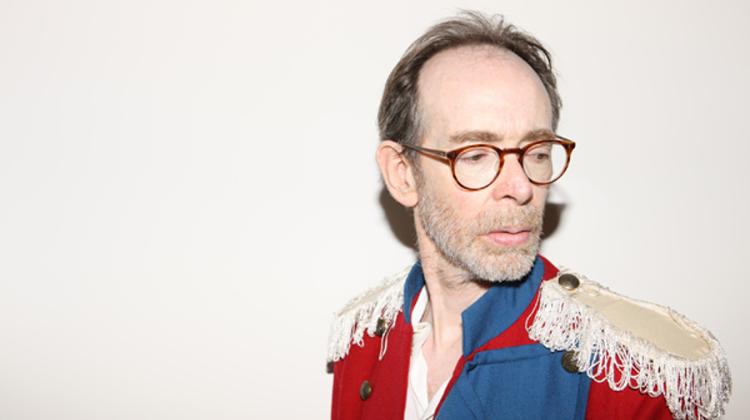 "Arto Lindsay has made a lifelong habit of crossing both geographical and musical borders. Born in the United States and raised in Brazil during the heyday of that country's pointedly eclectic Tropicália movement of the 1960s, the multi-faceted songwriter/producer/vocalist/guitarist has forged an international reputation as an artist whose work is as seductive as it is challenging. From his late ‘70s recordings of abrasive “no wave” through his acclaimed series of solo albums beginning in the late ‘90s, Lindsay has bonded rhythms and melodies from diverse cultures and genres in provocative new ways, crafting inimitable soundscapes whose impact can range from fragile pop pleasure to sheer sonic assault.

” Lindsay and his bandmates frequently inserted Portuguese phrases in their lyrics and even tried to appropriate Brazilian drumming techniques, “but nobody could really tell,” he now recalls. While the group only lasted a brief time, its influence can still be heard in the work of countless noise-rock experimentalists ever since.

Lindsay remained a key figure in the downtown Manhattan scene throughout the 1980s, playing with early versions of the Lounge Lizards and the Golden Palominos, producing tracks for Laurie Anderson and David Byrne, collaborating with John Zorn, contributing lyric translations to compilations of Brazilian music on Byrne's label Luaka Bop, even popping up in the films Desperately Seeking Susan and Candy Mountain.

The 1990s launched an ongoing series of solo releases — O Corpo Sutil / The Subtle Body, Mundo Civilizado, Noon Chill and Prize. Lindsay's new album, Invoke, continues to explore samba, bossa nova and more recent Brazilian song structures on his own terms. Each of these albums has been followed by a disc of remixes by a diverse group of electronic music artists from around the world, making explicit the connections between Lindsay's aesthetic and such genres as drum-and-bass, illbient and underground hip-hop.

Lindsay's critical reputation brought him back to Brazil to work as a producer on recordings by Caetano Veloso, Vinicius Cantuária, Gal Costa, and Carlinhos Brown, among others. A 1999 New York Times article on the legacy of the Tropicália movement hailed Lindsay's contributions to “the finest Brazilian pop albums of the past dozen years,” and he earned a Latin Grammy for “Best Brazilian Contemporary Pop Album” for his production work on the platinum-selling Marisa Monte album, Memórias, Crônicas e Declarações de Amor. Lindsay's longstanding association with Monte subsequently led to his producing the music for her recent live DVD.

On yet another front, Lindsay has long been active in the field of sound art as both a curator and as an installation artist in his own right. Frequently working with sound designer /artist Ben Rubin, Arto has curated music and audio art for Brazil's Carlton Arts Festival, London's Barbican Centre and the nightclub Tonic in downtown New York. In the process, he has become one of the first musicians to use Dolby Digital 5.1 surround-sound in a live concert format. Lindsay's past collaborators include German theater director Heiner Muller, Japanese composer Ryuichi Sakamoto, American multidisciplinary artist Vito Acconci and British producer/conceptualist Brian Eno, and he has recently been commissioned by choreographer Richard Move, a mainstay of New York's legendary Jackie 60 nightclub, to compose music for a full-evening dance/theater piece for Mikhail Baryshnikov's White Oak Dance Company.

Pop musician, audio provocateur, sought-after producer: regardless of the title, Arto Lindsay is an artist.

“No matter how Lindsay twists the objects of his musical affection, he does not distort their elegant beauty.”
PUNCTURE MAGAZINE (Portland, OR)

“Calling him a noise guitarist . . . doesn‘t account for the pure pop gems he‘s been able to toss off on his own albums and many collaborations over the years. Then again, calling him a singer/songwriter doesn‘t begin to do justice to the abstract guitar skronk at which he‘s grown adept, or his genuinely felt flirtations with Brazilian music.”
SAN FRANCISCO WEEKLY

“Lindsay has no peer. He‘s a sensuous songwriter, too, with dissonant outbursts that suggest he‘s the perfect complement to . . . hyper-Brazilian, post-bossa precision.”
VILLAGE VOICE

“Lindsay has an ear for both tradition and experimentation, and a very musical sense of how to balance the two.”
TIME OUT NEW YORK

“Grown-up, world-musical art-rock of the most refined kind.”
UNCUT (UK)

She’s been performing and giving club concerts with her own ensemble, Santa Diver, since October 2006, appearing at the Mediawave, Ultrasound and Mol Budapest Jazz festivals, at the Hungarian Institutes in Paris and Brussels, the French Institute, the Palace of Arts and the London Jazz Festival.