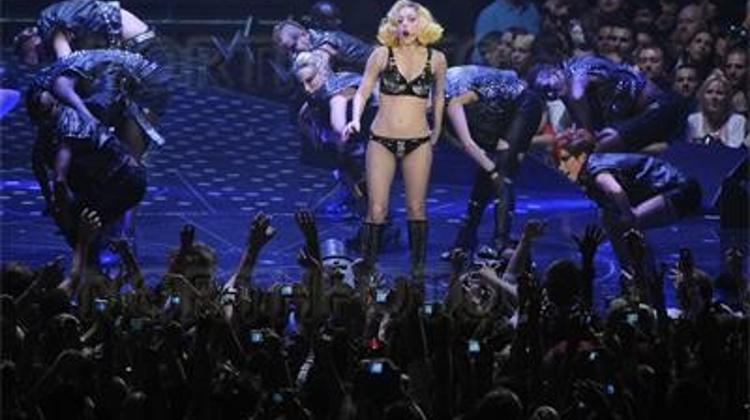 "Lady Gaga, one of the most exciting and innovative new artists in recent history has announced a fall extension to her already sold out European tour, is playing in Budapest on 7 November. The Monster Ball starring Lady Gaga launches May 7th in Stockholm, Sweden and will make stops in Germany, Holland, Belgium, France and the UK prior to embarking overseas for her North American dates. Now, due to overwhelming success, The Monster Ball tour will return to Europe this fall for a new series of dates beginning in Helsinki on October 13th.

In keeping with Lady Gaga’s flair for the theatrical, as well as her innovative and creative spirit, the second leg of the tour promises to push the limits of the live concert experience, bringing fans a spectacle even more eye-popping than what they experienced during the thrilling first leg of The Monster Ball.

Critics around the world raved about the first leg of The Monster Ball Tour, which Gaga described as “the first-ever pop-electro opera.” The Sun called it “breathtaking stuff” and “the best live show you will see this year,” while London’s Independent wrote: “Gaga’s got it, which is why, right now, the whole pop world wants to take a ride on her disco stick.” Writing about her show at Radio City Music Hall, the New York Times noted that “her Monster Ball tour always provided something worth a snapshot: a sci-fi tableau, perhaps, or a skimpy, glittery costume. The more her image gets around, the better Lady Gaga does.”

Live Nation Global Touring is the International tour promoter and producer for The Monster Ball under the direction of Arthur Fogel, CEO Global Touring and Chairman – Global Music Live Nation who said: “Lady Gaga has set out to revolutionize pop music and with her new production she continues to do exactly that. We’re thrilled to take The Monster Ball to fans around the world.”

Lady Gaga is touring in support of The Fame Monster, which was released on November 18th, 2009, by Streamline/Konlive/Cherrytree/Interscope. The album is the follow-up to 2008’s Grammy Award-winning album The Fame, which spawned the No. 1 singles “Just Dance” and “Poker Face.” Combined, The Fame and The Fame Monster have sold 11.5 million albums worldwide, while Lady Gaga’s five singles, “Just Dance,” “Poker Face,” “Lovegame,” “Paparazzi,” and “Bad Romance,” have sold more than 30 million singles worldwide. The video for “Bad Romance” has racked up more than 125 million online views. Lady Gaga recently premiered the video for her new single “Telephone,” featuring Beyoncé, on the E! television network and entertainment website VEVO.

There’s a ticket limit: 1 customer can buy only 4 tickets.

Tickets for Budapest are on sale:  www.livenation.hu

There are 4 different seating and 1 standing tickets available for Lady Gaga show at the Budapest Sportarena on 7th November.
There is a very limited number of early entry packages available as well, which contain the possibility of entrance before door opening and a merchandise present."

More info regarding the Lady Gaga show in Budapest: livenation.hu