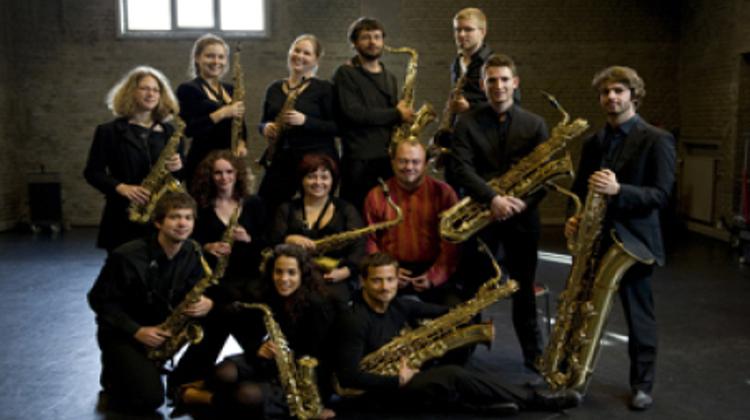 The European Saxophone Ensemble (ESE) – established in 2008- brings together twelve young promising saxophone players from EU member states. Directed by the international award-winning saxophone player Cezariusz Gadzina, this ensemble has the honor to hold the title of Cultural Ambassador of the European Union.

Their artistic aim is to break down the barriers between different types of music, mainly classical, modern and improvisation. The repertoire covers a wide spectrum of styles: avant-jazz, contemporary, traditional and classical music. The compositions are commissioned from prominent composers from different European countries.

Their first CD “Reed Action” was released in 2008. This CD was recorded in Studio Toots in Brussels with the cooperation of the Belgian National Radio station “KLARA”. After the release, the ensemble toured in Belgium, Estonia, France, Latvia, Lithuania, Poland and Romania.
In this year ESE has recorded its second CD and tours in 10 European countries, including Hungary. Their concerts turn into a joyful feast where every generation finds its own language.