Award Winning Restaurants In Budapest, Our Favourites Tastes in Hungary 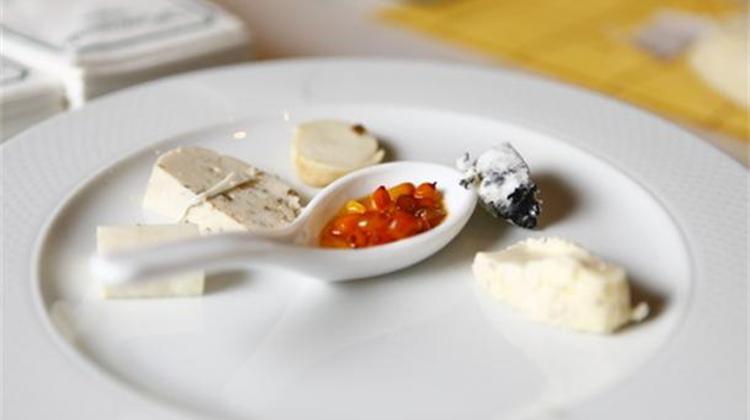 Hungary is famous for its traditional cuisine, and also the contemporary restaurant scene in Budapest is becoming increasingly sophisticated, as it embraces diversity. Today the city offers a more varied dining experience than ever, and it has a handful of award winning restaurants to prove it. Many of the new restaurants have lived up to the hype and the prestigious Michelin Guide has taken notice, awarding 2 stars and 4 Bib Gourmands. Read on for insights about those top choices, plus a few of our own favourites.

Here are just some of the Budapest's best eateries, all are a real treat your taste buds:

Onyx
Onyx was the first restaurant serving Hungarian cuisine to be recognized by Michelin Guide with a star awarded in 2011. The restaurant's own mission is to 'update and rethink Hungarian cuisine' and chef Szabina Szulló achieves exactly that by preparing traditional flavors with a contemporary culinary twist, served up in unique, multi-course tasting menus. Onyx prides itself in sourcing most of its ingredients locally.
Vörösmarty tér 7-8, Budapest 1051, (+36-30) 508-0622

Costes
In 2010, Costes was the first restaurant in Budapest to receive a Michelin star. Head chef Miguel Rocha Vieira creates his culinary magic with a fusion of modern international and Hungarian gourmet dishes. To achieve such high quality, Costes sources its ingredients from Rungis, France's famous Parisian market. This seems to pay off as the restaurant has also been awarded a Michelin star in 2011.
Ráday utca 4, Budapest 1092, (+36-1) 219-0696

Arcade Bistro
Café Kör's little sister in Buda is another restaurant that received Michelin Guide's Bib Gourmand qualification in both 2010 and 2011. This small and cozy bistro serves up an internationally inspired menu complimented by a selection of mostly Hungarian wines. The menu changes often and it always includes a few traditional Hungarian dishes.
Kiss János Altábornagy utca 38, Budapest, (+36-1) 225-1969

21 Restaurant
21 Restaurant in the Castle District is a favorite among locals. With a modern spin on Hungarian cuisine, 21 Restaurant serves hearty soups and good portions of traditional dishes accompanied by a good selection of Hungarian wines. 21 was awarded the Bib Gourmand qualification in 2010 and 2011.
Fortuna utca 21, Budapest 1014, (+36-1) 202-2113

Csalogány 26
Another locals' favorite is Csalogány 26 (Bib Gourmand recognized in 2010 and 2011). The kitchen blends Hungarian and international cuisine and, it too, sources much of its ingredients locally. The place is popular among the local business types and can get very busy at lunchtime. Tasting menus with modern Hungarian creations and daily specials are available for both lunch and dinner.
Csalogány utca 26, Budapest 1015, (+36-1) 201-7892

Other Favorites:
Here are some other highly acclaimed restaurants that often make publisher's top lists:

Klassz
Klassz is known for its excellent cuisine and great wine list with a large selection of Hungarian and international vintages. The frequently changing bistro-style menu offers local and international fare. Klassz also doubles up as a wine shop, should you fancy taking home a bottle of wine.
Andrássy ut 41, Budapest 1061

Café Kör
Thanks to its consistently high quality, this old-timer remains a popular place to eat among both locals and tourists. The kitchen serves light and delicious Hungarian dishes and exquisite desserts, so it's no wonder that the place gets busy quickly. Café Kör remains a pretty solid choice for either lunch or dinner.
Sas utca 17, Budapest 1051, (+36-1) 311-0053

For more write-ups and foodie ideas check out Budapest Restaurants on visitBudapest.travel.

Words by Roberta Gyori for XpatLoop.com