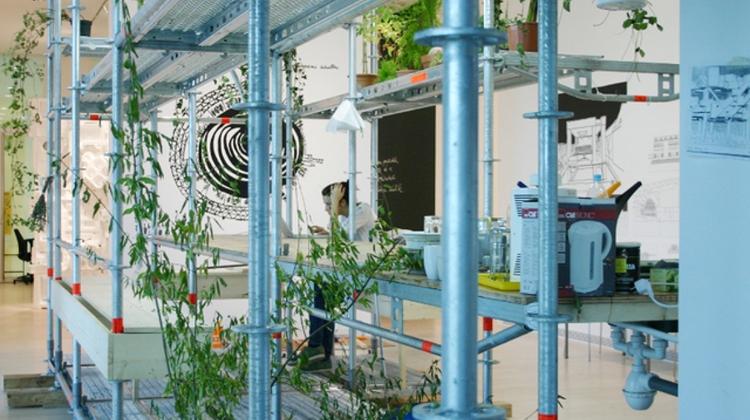 "The architect and thinker of Hungarian origin, Yona Friedman is one of the outstanding and exceptionally versatile figures of the urban architectural discourse that developed in the second half of the twentieth century. He drew cities on colossal trusses rising up, floating above metropolises, rivers or marshes, bridges connecting four continents, multi-storeyed urban gardens, residential quarters from water mains elements; in his comic strip manuals he provided directions on survival for those in difficult situations, proclaiming that instead of architects, everyone should plan and build their own home.

In 1961, he proposed a Europe forged into a single unit by an express train network, and in the 1980s, he planned a national theatre for Budapest.

Yona Friedman was born in Budapest in 1923. He left Hungary in 1945 and went first to Israel before settling in Paris, where he still lives today. He also taught for a longer time at universities in the USA, and has participated in the work of humanitarian organisations all over the world. He became internationally known at the end of the 1950s with his radical ideas on mobile architecture and the ville spatiale (approximately, the spatial, floating city) and his influential writings.

As a member of the generation that grew up during the Second World War and witnessed the rise and fall of architectural modernisms, Friedman explicitly advocated locally found materials and simple technologies, the importance of mobility and variability, and sustainability, and against overbuilding. We build too much. We have overbuilt Earth, without having shelter sufficient for everybody. This overbuilding (like overplanning and overfarming) could lead (and so it does) to environmental catastrophe. This situation does not come through the professional faults of architects. It comes, partly, from a misinterpretation of architecture. Architecture is not simply the art of building: it is rather that of space management.

Although his plans remained, almost without exception, on paper, over the past twenty years, Friedman`s ideas - thanks to his countless writings and books - have become unavoidable for those engaged with sustainable urban life, architecture of crisis situations or participatory design throughout the world.

The exhibition is organised around key concepts of Yona Friedman`s work. The exhibition`s large-scale installation offers numerous viewpoints and scales, and serves as a framework for the drawings, illustrations and maquettes to be exhibited. The installation is being planned by Philippe Rizzotti Architects in collaboration with Yona Friedman, and built by Budapest volunteers together with members of the French group EXYZT. The astounding, challenging built space is exceptional in Hungarian museum practice, and is itself a realised utopia that becomes complete with the participation of its visitors.

The Ludwig Museum’s exhibition is one of the most important junctions to date of the project launched in 2009 together with the Trafó House of Contemporary Arts and the KÉK - Contemporary Architecture Centre in Budapest, and will be followed by exhibitions in other countries. The exhibition, which was created together with many international partners and institutions, will travel further as the Ludwig Museum’s own production. The next location of the exhibition is the Muzeum Sztuki, Łódź (March 2012).

Rules to observe while on the scaffolding