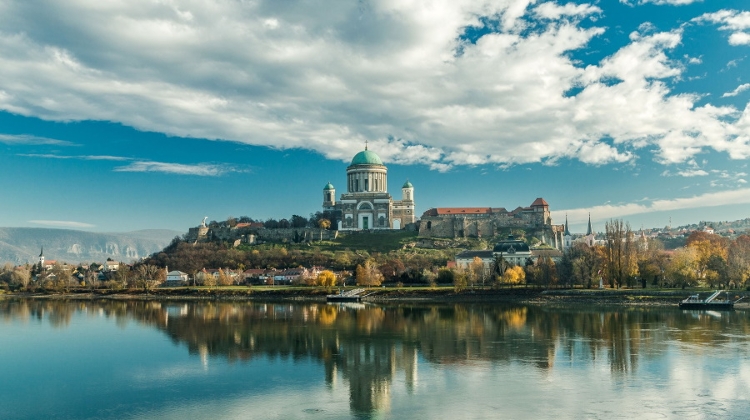 One of the oldest places in Hungary, Esztergom is a city in northern Hungary, just 46 kilometres northwest of the capital Budapest.

The seat of the Hungarian Catholic Church, it lies in Komárom-Esztergom county on the right bank of the river Danube, which forms the border with Slovakia there

- so you can also visit another country with ease from here, even if just for a little shopping...

Top things to do in Esztergom

The Basilica of Esztergom, a masterpiece of Classicism, is the third largest church in Europe. Established around 972 AD, Esztergom has always played an important role in Hungary's history.

It was the birth and coronation place of the first Hungarian king, St. Stephen, as well as the capital of Hungary until the 13th century.

After the Mongolian invasion, King Bela IV moved the Royal Seat to Visegrád and later to Buda, giving his palace to the archbishop and making Esztergom a religious center.

The majority of the historic sites and the city's architectural heritage are of a religious nature:

Primate's Palace, the Franciscan monastery, and several chapels and churches.

Remains of the former royal palace, Turkish, Classicist and Baroque buildings, as well as the Basilica, attract many visitors.

One of the newest additions to Esztergom is the Mária Valéria Bridge, which connects the city with Slovakia. Esztergom is often nicknamed as the 'City of St. Stephen' and the 'Hungarian Rome'.

The seat of the Catholic Church in Hungary was built on the site of the first cathedral in the country, where the first Hungarian King St. Stephen was crowned in 1000 AD.

Rebuilt during the 1800s in Neo-Classicist style, this is the largest church in Hungary. Pope John Paul II visited the Basilica during his trip to Hungary in 1991.

The Basilica of Esztergom is depicted on the 10,000 HUF banknote.

The reconstructed remains of the former royal palace founded by Prince Géza, father of King St. Stephen, are in the neighborhood of the Basilica. Today, the building is home to a museum.

Víziváros, or Watertown in English, built on the banks of the Danube, is home to several baroque churches; however, ruins of medieval fortresses, city walls and Turkish bastions can also be seen when strolling around this part of the city.

The world's third-largest diocesan museum after the Vatican and Munich (Freising), this museum houses the largest ecclesiastical collection in Hungary.

It features Hungarian, Italian, Dutch, German and Austrian art works from the 13th century up to the 19th century. The museum is located in the north wing of the Neo-Renaissance-style Primate's Palace.

Getting to Esztergom from Budapest:

One of the options is to take the hydrofoil. Boats leave from Vigadó tér (Pest) and the ride takes about one and a half hour.

By car, Esztergom is about an hour's drive from Budapest and Route 10 is the quickest way to get there.