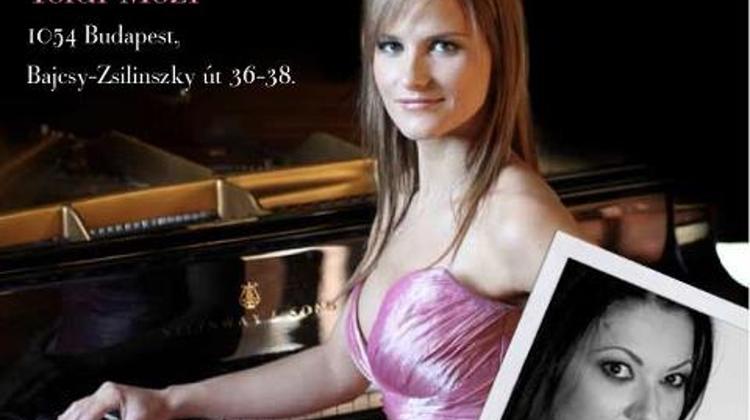 The 'Almira Emiri & Friends Concert Series' starts with the Andjela Bratic & Almira Emiri flute-piano duo on May 22nd from 7.30pm. Tickets are available in all Libri shops in Budapest. Forthcoming concerts in the series will feature Degustation Operistic, Sivan Rotem, Babameto Trio, and Degustation Pianistic (see the video below).

Almira Emiri was born on 20 December 1982 in Tirana. At the age of 7 she started her musical education in Fier, she was 12 years old when she came to Hungary to continue her studies, and in 1997 she won the 1st prize in Hungarian National Piano Competition.

During her last school year in Budapest, she started the Master studies in Graz (Austria), Universitat für Musik und Darstellende Kunst. She studied with prof. Annamaria Bodoky-Krause, and graduated in 2008 as a concert pianist. These days she performs concerts as a solo pianist and as a chamber musician all around Europe. Follow this link to see her full XpatLoop Interview.

Follow this link to see the homepage of Ms Almira Emiri


“Brody House is pleased to be working with Almira Emiri on her latest concert series. We are glad that we can help support more international musical projects with Budapest and Brody House as a hub for the arts. We look forward to the concert and hope it encourages similar creative initiatives.”