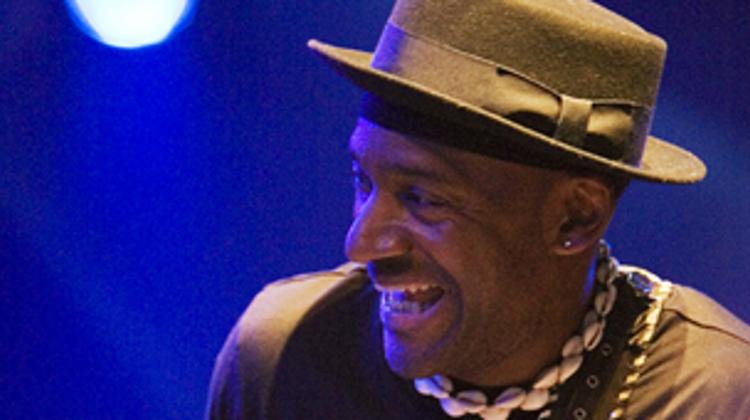 Over the course of among the most enviable careers in all of music, Marcus Miller has ascended into a two-time Grammy-winner and the composer/producer of eleven critically acclaimed and genre-defying albums (seven studio and four live) as a leader, featuring his astounding and singular technique as among the world's most gifted, forward-thinking and eclectic electric bassists.

As a multi-instrumentalist, Marcus is highly proficient as a keyboardist, clarinetist/bass clarinetist and, primarily, as a world-renowned electric bassist, topping critics\' and readers\' polls for three decades.

After two R&B-leaning solo albums for Warner Bros. in the `80s followed by co-leading The Jamaica Boys (with drummer Lenny White and singer Mark Stevens) for two albums, Marcus took a hiatus then returned rejuvenated with the galvanizing The Sun Don\'t Lie (1993) and Tales (1995), both of which found him brilliantly connecting the dots of Black music\'s evolution.

Following the fan-demanded Live and More in 1997, Miller released M2 ("M-Squared") on his own 3 Deuces Records label and won his second Grammy, 2001’s Best Contemporary Jazz Album. A second double live CD, The Ozell Tapes: The Official Bootleg (2003) came next, followed by Silver Rain (2005), Free (2008) and A Night in Monte-Carlo (2010), a live audio document of an amazing concert he was commissioned to perform in the rich man’s playground of Monaco – a performance of music of his choice, much of it from his pen, featuring his arrangements for symphony orchestra.

The project features Marcus leading both his quartet and the Monte-Carlo Philharmonic Orchestra, with special guests: trumpeter Roy Hargrove and singer/songwriter/guitarist Raul Midon.

As a producer, writer and player, Miller was the last primary collaborator of jazz legend Miles Davis, contributing the composition (and CD) "Tutu" to the canon of contemporary jazz music and in 2009, nearly 25 years after its release, recreating that music on his own “Tutu Revisited” tour which was released as a double CD and DVD. Twenty years after the death of Davis, Marcus produced Tribute to Miles, a tour of Europe featuring Miller on bass guitar as well as upright bass and bass clarinet, with two other legendary alumni of Davis’ bands, Herbie Hancock and Wayne Shorter.

As a co-producer, arranger and player, Marcus was highly influential in the success of Luther Vandross, co-writing dozens of R&B/pop million-sellers with the beloved singer, including "Never Too Much," "Any Love," "Til My Baby Comes Home," "For You To Love" and the Grammy-winning “Power of Love/Love Power.”

In the movie world, Marcus rose from writing the all-time great go-go party jam "Da Butt" for Spike Lee\'s "School Daze" to becoming the go-to score composer of 20+ films, ranging from the Hudlin Brothers’ comedy classic "Boomerang" and the family gem "This Christmas" to the animated children\'s film "The Trumpet of The Swan," the basketball documentary "1 Love" and Chris Rock’s coming of age television series “Everybody Hates Chris.”

And starting with David Sanborn\'s 1980 album Hideaway and its follow-up Voyeur (for which the alto sax giant won a Grammy performing Marcus\' composition "All I Need is You"), Marcus not only left an indelible mark on Sanborn’s distinctive sound, he laid the often-copied blueprint for the coolest of contemporary jazz sounds.

Today Marcus’ interests and projects are expanding into even more artistic endeavors. 2007 found him hosting the first North Sea Jazz Cruise, which called for him to not just bring his band and turn the boat out, but hand-pick the other musicians who participated, covering all the bases with legends Herbie Hancock, McCoy Tyner, David Sanborn and Dee Dee Bridgewater, edgy contemporary stars Roy Hargrove, James Carter, DJ Logic and Medeski, Scofield, Martin & Wood, European imports Ulf Wakenius and Silje Nergaard and fierce up-and-comer Lionel Loueke.

Treating fans to excellently planned programs (including a Sunday morning “Gospel Hour” co-hosted with the chameleonic Kirk Whalum) as well as spontaneously thrilling jam sessions, Marcus also led seminars, interviews with the giants, and encouraged all the stars to mingle with the cruisers.

So awesome was the experience that Marcus was asked back to host the inaugural Playboy Jazz Cruise of the Caribbean in 2009 and he is now the co-host of the Smooth Jazz Cruise with David Sanborn. Sanborn and Miller have also reunited on a summer tour of the US and Japan with George Duke (another jazz cruise regular) as DMS.

In 2008, Stanley Clarke, Marcus and Victor Wooten, 3 titans of the bass world teamed up to produce “Thunder” and subsequently tour the world as SMV. This unique alliance of three generations of bass gods had been on chat room and fan gathering wish lists for over 15 years, kept alive by periodic statements from all three that schedules permitting they would give it a go.

Finally, in October 2007, with Clarke set to receive a Lifetime Achievement Award from Bass Player magazine, at its annual Bass Player Live! Event in New York, Miller and Wooten made the time to attend and induct their mentor. The ensuing VSOP Jam not only blew the minds of the 900 in attendance, it cemented for the trio their inherent musical chemistry and thus the viability of pursuing the project in earnest.

Miller’s career continues to constantly evolve and change, keeping him at the forefront of jazz. We can only imagine where his impeccable musical instinct and genius will lead him next.