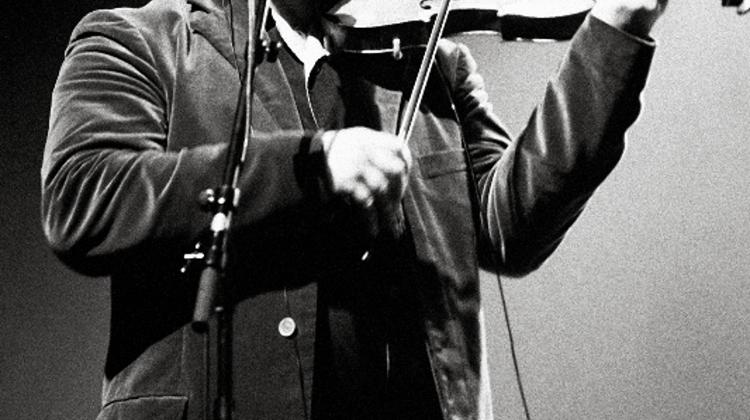 Black hat and violin, he is Alexander Balanescu one of the greatest virtuoso in Eastern Europe (beside Félix Lajkó of course) at the stage Akvárium Klub. Their recipe is to put a pinch of pop, a slice of jazz, some classical, a hint of Eastern-European ethno and a bit of avantgarde in the soup, mix it, stir it and spice it with genuine creativity.

Even at the first album release that included some very unique interpretations of Michael Nyman we could get the impression of listening to something totally unknown, but with the second album Possessed (1992), there were no more doubts that Alexander Balanescu has nothing to do with acting like an ordinary violinist. Name another musician who has the guts to recompose the songs of Kraftwerk for strings, or playing together with the Pet Shop Boys in Wembley Arena in front of thousands of fans!

From time to time we get the chance to enjoy the music of the Quartet led by Alexander Balanescu here in Budapest, although not so often as we would love to, so here is another one and only occasion you definitely should not miss!

Tickets: pre-sale 2500 Ft, on the day of the venue 3000 Ft.
Tickets available by clicking here