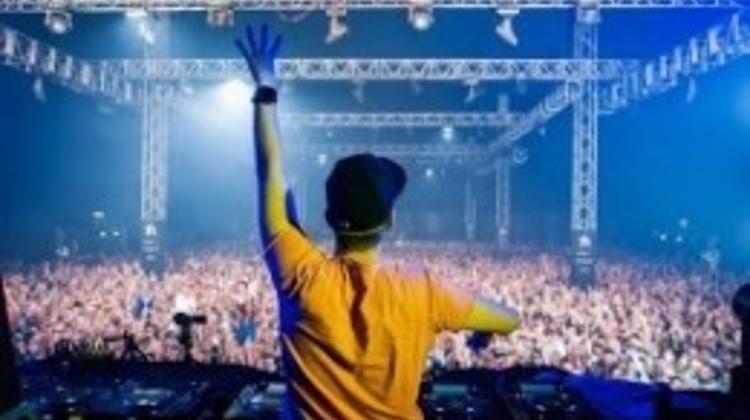 The beach resort of Zamárdi hosts Balaton Sound festival for the seventh year, starting 11th July and lasting four days all together. For a great start of 2013 the organizers have confirmed eight international all-stars, long-awaited by fans. It is also reassuring for the Sound fans that there is a lot more to come as they are not all Main Stage performers! So let’s check out the current names!

Steve Aoki, the impulsive musician from California of Japanese descent, is sensational and unstoppable. He is the founder of today’s most dynamic record label, Dim Mak Records, which has released more than 250 productions from the best bands and formations. His latest work, “It’s The End of the World As We Know It”, was released stylishly on December 21st, 2012. The master of electro house parties will be a co-headliner on the Main Stage getting the maximum out of the fans.

For years now the crowd of Balaton Sound pushes for Justice. The number one international stars of Ed Banger Records have music without genre boundaries: from catchy tunes and cool hits they can easily switch to something more brutal and offensive. Nowadays, no one knows better what French electronic music is cool for and for sure they also know how they can mobilize the crowd in Zamárdi...

Usually at the acts of Bloody Beetroots tens of thousands of fans go crazy while the boys rock the stage wearing masks in the state of full euphoria – after a long time, this year again, in front of the Hungarian audience!

First time in Balaton Sound history Dada Life will play for the satisfaction of many. The outlandish electro house duo from Scandinavia is known for their crazy live sets, lately becoming one of the most important festival headliners all around the world.

The lakeside event will also host Hardwell, a shamelessly young and talented Dutch titan, possessing a fan base of hundreds of thousands by being a progressive and electro house musician, producer and record label owner. He smashed into the music industry, amongst the best, at the age of 23 and now he is ranked within the top 10 on DJ Mag’s top 100 DJ list for 2012.

Amon Tobin is known for his original work by having a boundless and unique sound. His newest electronic vision is hooked to the world of hip-hop, but also connected to the dark side of grime and dubstep. This year those who need a real e-music indulgence should check out the “Amon Tobin presents Two Fingers” DJ set. The mainly instrumental set is a truly creative project by being super-massive, expressive and eclectic.

In addition to the line-up, one of the most promising French DJ and producer, Brodinski, is also confirmed for the 2013 Sound. His dynamic sets are primarily based on the bass-lines of house and moving techno themes staying wide open to minimal as well.

Prominent performer of the Berlin electronic scene, DJ and producer, founder of Innervisions Record label, Dixon, is also announced among the firsts in Zamárdi. He is well-known also outside Germany for his eclectic and floating deephouse mixed with funky house.

2013 kicks off to a great start with 8 exciting reasons to buy tickets to the event. However within days there might be a lot more to be excited for! The organizers of Balaton Sound will step on the red carpet of the European Festival Awards in Groningen, The Netherlands, to join the best of the continent. It is in itself an outstanding recognition for the Sound to be considered in the Top 10 of its European category. Fingers crossed!

Stay tuned in the upcoming days and weeks as there are more names to come for the 2013 Balaton Sound!