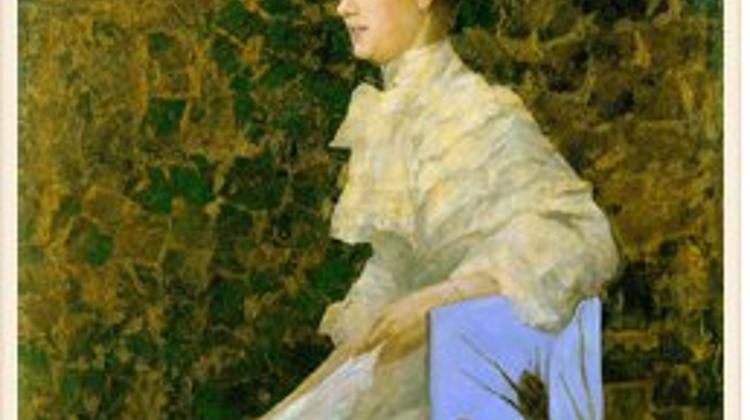 An exhibition of János Thorma's works will open at the Hungarian National Gallery on February 7, 2013. Budapest is the last stage in a long series of international exhibitions to present Thorma's masterpieces that have not been displayed for many decades or have been unknown to the public until now. After the exhibitions at the Cifrapalota in Kecskemét, the Thorma János Museum in Kiskunhalas, the Künstlerhaus in Munich and smaller shows of 50-60 pieces in Nagybánya (now Baia Mare in Romania), Stuttgart and Berlin, the 120 works at the Hungarian National Gallery will be the most comprehensive presentation of Thorma's oeuvre to date.

One of the founders of the Nagybánya school of painters that rose to world fame in 1896, János Thorma was also a highly respected master of many outstanding artists of modern Hungarian painting. Nagybánya (now Baia Mare in Romania), a miners' town by the river Sasar was the main location of Thorma's life and work, and also became the Hungarian Barbizon.

Thorma achieved recognition already as a young painter in Hungary as well as in Munich and Paris. At first, his name was associated with large paintings on historical themes. This remained decisive in the reception of his later work, despite the fact that he made many outstanding works in other genres later on. His plein-air works reached full maturity during the Nagybánya period, with lively works of animated landscapes, glowing colours, full of light and free air.

This exhibition honours the 75th anniversary of János Thorma's death. Most of the over 100 paintings and drawings have, so far, been unknown not only to the public but also to art professionals.

The show represents a joint effort by several public institutions and private collectors: the Art Museum in Nagybánya, the Janus Pannonius Museum in Pécs, the Móra Ferenc Museum in Szeged, the Déri Museum in Debrecen, the Herman Ottó Museum in Miskolc, the Katona József Museum in Kecskemét and the Thorma János Museum in Kiskunhalas, as well as Hungarian, German and Romanian private collectors.

Although János Thorma's works have been key parts of many exhibitions, and are significant pieces in the Hungarian National Gallery's permanent exhibition of 20th century art, no retrospective exhibition of his works has been held in Budapest, except for a short show in 1939 after his death. This makes a fresh look at his oeuvre very timely. Organised through a joint international effort, this exhibition is intended to change the public perception of János Thorma's art. Our aim is to provide a more comprehensive and elaborate view of this artist's work, part of which has been unknown until now.

The exhibition is accompanied by a 180-page catalogue in English, German, Romanian and Hungarian, a 20-page brochure containing materials also for children, and digital games also accessible on the internet.