Gyula Horn, Leader In Hungary’s Transition From Communism, Dies At 80 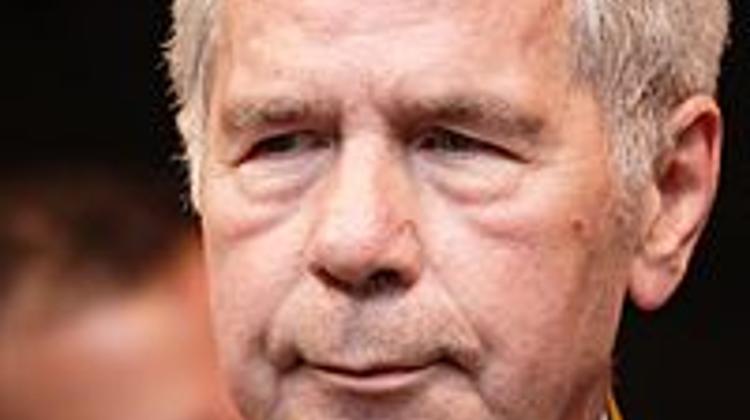 "Gyula Horn, a former Hungarian prime minister who helped trigger events that led to the fall of the Berlin Wall when he symbolically cut the Iron Curtain in 1989, died June 19 at a hospital in Budapest. He was 80. The government announced the death but did not disclose a cause."

More from the source: washingtonpost.com

He is remembered because as the last Communist Foreign Minister of Hungary, he played a major role in the demolishing of the "Iron Curtain" for East Germans in 1989, contributing to the later unification of Germany, and for the Bokros package, the biggest fiscal austerity programme in post-communist Hungary, launched under his premiership, in 1995.

Gyula Horn was hospitalized in August 2007 with a serious illness. Horn was being treated at Budapest’s Honvéd Hospital for a sleeping disorder, according to official reports, but other sources say he had a serious brain malfunction.[5] According to newer informations his condition had deteriorated to the point that he was unable to leave the hospital.

His condition had worsened to the point that he couldn't leave the Honvéd hospital where he was being treated, and thus missed out on the World Political Forum being held in Budapest, which has also seen the arrival of former Soviet leader Mikhail Gorbachev to Budapest.

As of 2008, Gyula Horn was no longer able to recognise his friends and was suffering from an illness similar to Alzheimer's disease. There were also reports that although Horn has lost weight, though he was in good physical condition. Prime Minister Ferenc Gyurcsány was the last senior party official to visit him, the daily added.

On 5 July 2011, the day of Horn's 79th birthday Népszava reported his state of health had not deteriorated; it continued to be stable. Senior Socialist Party officials presented him with a gift-parcel on the occasion of his birthday.

After years of struggling with his illness, he died on 19 June 2013.He was survived by his wife and daughter, Anna, and son, Gyula Jr.

More from the source: wikipedia.org