Fans Can Travel To MOL World Fencing Championships At Half Price 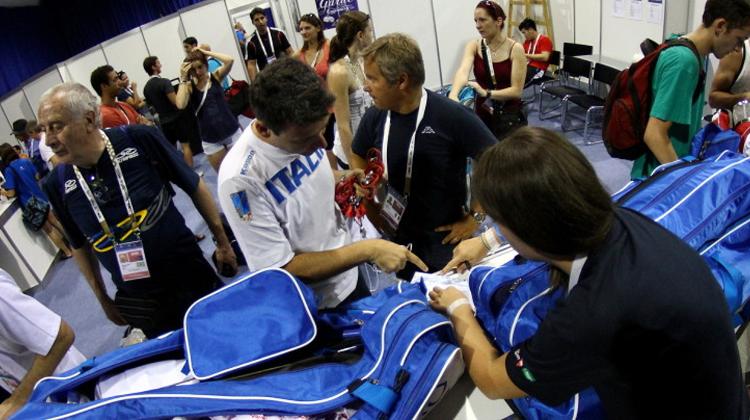 Hungary organises the world fencing championships for the fourth time, now between 5 and 12 August 2013. Over 1,000 representatives of more than 100 countries participate in the prestigious sports event. Upon the initiative of the Hungarian National Asset Management, Inc. (MNV Zrt.) and with the approval of the Ministry of National Development MÁV-START Zrt. and the VOLÁN companies provide a 50% travel discount for those travelling to the world championships.

SYMA Event Hall hosts this year's most prestigious national sports event, the MOL World Fencing Championships. Almost all the active competitors of this sport step on the piste during the eight-day event; altogether approximately 830 fencers come to the challenge. For the first time in Central and Eastern Europe, 160 wheelchair competitors, too, will compare their skills.

Upon the initiative of the Hungarian Fencing Federation, Hungarian National Asset Management, Inc. and with the approval of the Ministry of National Development MÁV-START Zrt. and the VOLÁN companies provide a 50% travel discount for those travelling to the world championships.

„The Ministry of National Development supports the successful organisation of prestigious large-scale sports events like the world fencing championships with its own means. Those having an entrance ticket can use the scheduled services of the largest national public transport providers at half price during the competition” - announced Zoltán Schváb, Deputy State Secretary for Transport.

„The cooperation of the companies operating with the state having a business share in them and their striving at assuming a common social role also belong to responsible asset management. MNV Zrt. also provides a 50% travel discount for those travelling by VOLÁN services to the Kecskemét Aviation Day to be organised early August. This enables also the less well-to-do families to travel to even both world-standard event” - said Péter Márton, Chief Executive Officer of the Hungarian National Asset Management, Inc.

The MOL World Fencing Championships are not only the greatest annual event of this sport but are also a centennial holiday as the International Fencing Federation (IFF) celebrates its 100th anniversary in 2013.

„It is without exaggeration to say that fencing is one of the most successful sports in Hungary. Áron Szilágyi won the 35th fencing gold medal in London and our sportspeople have collected 22 silver and 26 bronze medals at the Olympic Games so far. At this year's centennial world championships we would like to comply with Hungarian hospitality and the demands of the Hungarian fans. We were glad to hear that our application for a travel discount was supported. We do trust that masses of people will be supporting the competitors” – added Zsolt Csampa, President of the Hungarian Fencing Federation.

MOL World Fencing Championships To Begin On Monday In Budapest