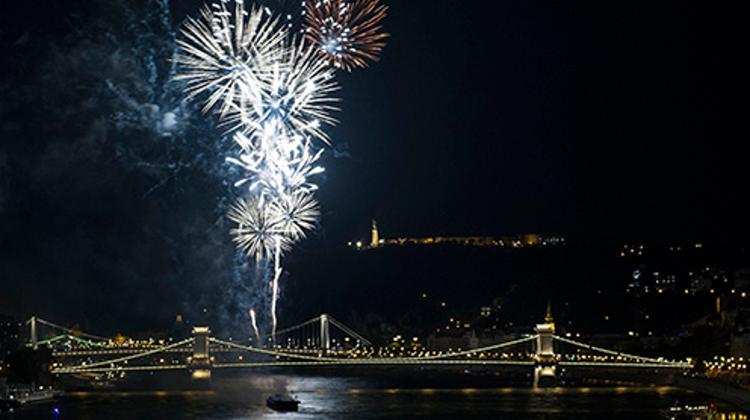 The founding of the Hungarian State and the legacy of Saint Stephen is commemorated today across the whole country, under the slogan “The country – together as one”. Various events and concerts are taking place not only in Budapest but also in several municipalities around Lake Balaton. However, due to adverse weather conditions at the Lake, fireworks will only take place in Budapest. The organisers expect hundreds of thousands of people from both within and outside the country.

Celebrations began this morning with the official military parade at Heroes' Square, honouring Hungary’s national flag, followed by the annual inauguration of military officers, where both President of Hungary János Áder and Minister of Defence Csaba Hende held speeches.

Officials from several foreign governments have sent their greetings to Hungary on the occasion of the country’s National Day, including US Secretary of State John Kerry, who extended warm wishes on behalf of President Barack Obama and the people of the United States. In his letter, he stated that the „tradition of regional leadership lives on as Hungary holds the presidency of the Visegrad Group this year and Hungarian troops have served in joint NATO missions from Kosovo to Afghanistan and beyond. The United States looks forward to continuing our work in pursuit of common goals.”

Later today, President Áder also presented the awards of the Hungarian Order of Saint Stephen in the presence of Prime Minister Orbán and other public dignitaries, recognising the most outstanding achievements, exemplary life's work and significant merits acquired in the international field. This year one of those awarded was Mr. Alexandre Lámfalussy, international financial expert, who left Hungary in 1949 following the Communist takeover. He is also known as the founding president of the European Monetary Institute, the forerunner of the European Central Bank, where he was charged with constructing the operational framework for a single European monetary policy. For his work, he is widely considered “the father of the Euro.”

As will be the case at all similar events in future, the security of the August 20th celebrations is provided by the recently established Operative Unit, which coordinates security operations involving the police, the meteorological service, ambulance and disaster management services, who will be on duty until the end of the last program.