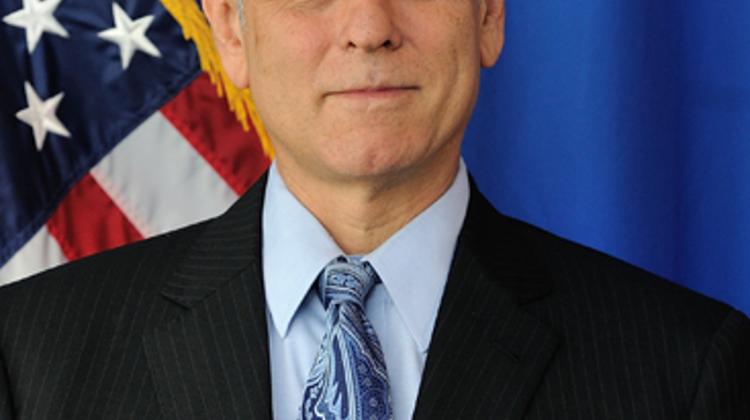 We extend a warm welcome to Charge d'affaires a.i. M. André Goodfriend, who made his first public appearance yesterday at the Hungarian Red Cross to honor those participating in the Annual 9/11 Memorial Blood Drive. André, who hails from Arizona, says he enjoys speaking Hungarian - which is one of the 10 languages he has studied.

André has served as Deputy Chief of Mission here since August 2013. He previously served as the Consul General at the U.S. Embassy in Damascus, Syria, from August 2009 until the embassy suspended operations in February 2012.

Mr. Goodfriend is a member of the Senior Foreign Service of the United States with the rank of Career Counselor. He joined the Department of State in 1987 and was assigned as a Vice Consul and Political Officer to the U.S. Embassy in Tel Aviv, Israel, until July 1990. Mr. Goodfriend served as Vice Consul in New Delhi, India, from 1991 to 1993, and Consul in Moscow, Russia, from 1994 to 1997.

In Washington, D.C. from 1997 until 2002, Mr. Goodfriend worked first on conflict prevention strategies within the International Organizations Bureau, and then, within the Bureau of Consular Affairs, he was responsible for the implementation of new technologies.

Mr. Goodfriend was born in California and raised in Arizona. After receiving Bachelor’s degrees in Philosophy, Classical Greek, French and Radio-Television from the University of Arizona, he completed Master’s studies in Communication at the Hebrew University in Jerusalem, followed by doctoral research in London on governmental use of new media.

He is married to Frances Goodfriend, and has three grown sons.