Recipe Of The Week: The Cake Of Hungary 2013 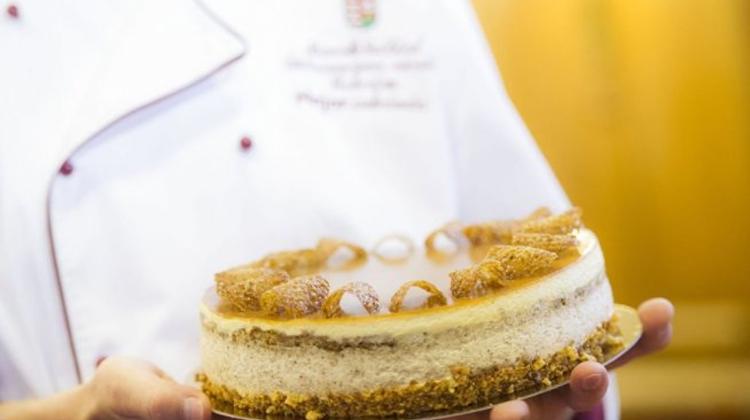 Since 2007 in August, every confectioner of the country challenges themselves against each other. As the leading sportsmen/women, they prepare and practice too, to win the title “The cake of Hungary”.

The National Trade-Corporation of the Hungarian Confectioners called for tender the “Cake of Hungary” first in 2007. Every confectioner in the country can make a cake, which reflects to the Hungarian relish, judged by a jury, containing confectionary masters.

The trade-corporation that calls the tender tries to side with a social group, or to reflect to a social problem. In 2010, the country’s 1000 pieced cake given to flood-harmed children, in 2012, the first “Sugar-free cake of Hungary” tender has born.

The Cake of Hungary in 2013 is: Brittle cake with honey Milota from the Major Confectionary in Budapest.

The Cakes of Hungary in the last years: