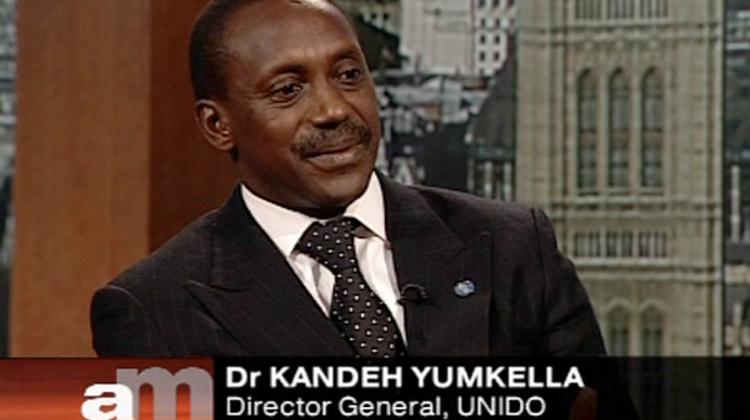 Representative for the UN initiative Sustainable Energy for All, Kandeh K. Yumkella, had discussions with Minister of State for Climate Policy Attila Imre Horváth, Minister of State for Energy Affairs Pál Kovács and Deputy State Secretary for Green Economy Ferenc Hizó in Budapest on October 8, 2013. At the meeting, the parties summarised the action performed and to be performed in the fields of sustainability, energy security, climate protection, renewable energy and nuclear energy.

The United Nations declared the period of 2014-2024 the Decade of Sustainable Energy for All. Kandeh K. Yumkella, UN Representative for financing energy development projects, welcomed Hungary’s considering energy and water management aspects in the formulation of climate policy goals.

The Representative acknowledged Hungary’s efforts in climate protection and on behalf of the UN as a global organisation he emphasised the importance of harmony between local and global objectives. At their discussions with the UN Special Representative, the Representatives of the Ministry of National Development outlined their stance according to which it was through increasing R&D funding that competitive renewable energy production could be achieved and nuclear energy had an important role in the decarbonisation process of the 21st century.

The pace of reducing carbon dioxide emission could only be kept through energy developments, they said. The Representatives of Ministry argued for the policy importance of energy efficiency, highlighting upon the objectives of the National Building Energy Strategy currently being developed, to serve as a basis for a comprehensive building energy programme to be worked out by the Government.

They emphasised the Government had contributed to meeting green economy development objectives by almost HUF 150 billion in the past three years, thereby stimulating a reduction in energy consumption and overhead costs in the case of some 217 thousand families. The officials present also highlighted upon the elements and objectives of Hungary’s National Energy Strategy as well as the current state of affairs in meeting Hungary’s EU commitments.

In the past years, Hungary has had significant achievements in the utilisation of renewable energy resources, it was mentioned at the meeting. Within the latter, the share of using thermal energy gained from renewable energy resources grew, from 2011 to 2012, by almost 20%. The parties agreed that the use of geothermal energy and biomass in Hungary also involved great opportunities.