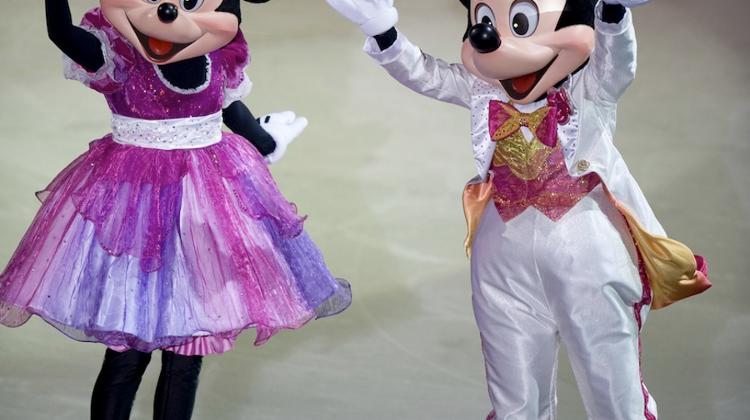 Rev up for non-stop fun with four of your favorite Disney stories when Disney On Ice presents Worlds of Fantasy comes to your hometown! Thrill to high-speed stunts as Lightning McQueen, Mater and the crew of Disney•Pixar's Cars race across the ice. Dive into The Little Mermaid's enchanting undersea kingdom and enter the mystical world of Pixie Hollow with Tinker Bell and the Disney Fairies as they reveal the magic that lies within! The toys are back in town with heroic action when Buzz Lightyear, Woody, Jessie, and the Toy Story gang escape from the rambunctious tots of Sunnyside Daycare and race for home, in their most daring adventure ever!

From wheels to waves, playtime to pixie dust, your family's favorite Disney moments come to life at Disney On Ice presents Worlds of Fantasy with dazzling skating, special effects and beloved characters certain to create a lifetime of memories.

This one-of-a-kind production visits Budapest from December 13th to 15th for 4 performances at BudapestArena as follows:

To learn more about Disney On Ice, produced by Feld Entertainment, visit www.disneyonice.com.

Feld Entertainment is the worldwide leader in producing and presenting live touring family entertainment experiences that lift the human spirit and create indelible memories, with 30 million people in attendance at its shows each year. Feld Entertainment's productions have appeared in more than 70 countries on six continents and include Ringling Bros. and Barnum & Bailey®, Feld Motor Sports, Disney On Ice and Disney Live!.