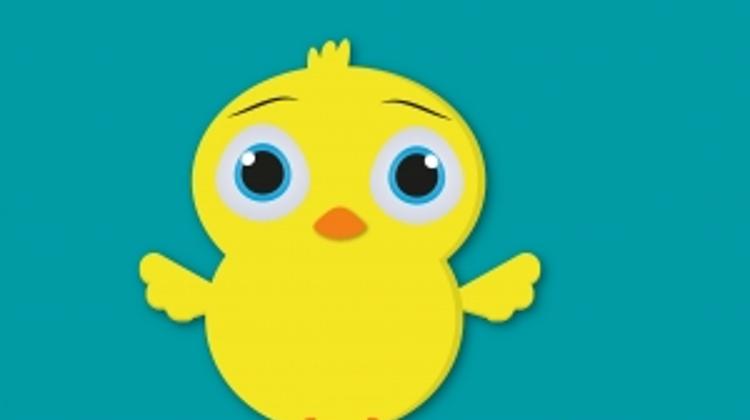 Hungary has signed several bilateral agreements with the PR of China, which it calls the main pillar of its “opening to the East”, but that seems to be a first step rather the much desired boost for the Hungarian economy.

In the Central and Eastern European (CEE) region Hungary is the primary investment destination, the second most important source of imports and the third most important trading partner for the PR of China, government commissioner Péter Szijjártó said of the bilateral ties before Prime Minister Viktor Orbán left Budapest for a state visit to Beijing.

But to put Szijjártó words into perspective, Hungary’s total foreign trade is worth EUR 156 billion and that transacted with the PR of China is merely worth about EUR 6 billion. True, it is steadily growing. As for the adjective “primary”, the PR of China is generous in assigning it to countries of the CEE region.

Speaking in Bucharest late in 2013, Premier Li Keqiang called Romania the “flagship” of their cooperation with this region and signed with Romania a framework agreement worth EUR 8.5 billion. That framework agreement is more extensive than the memorandums of intent (MOIs) the PR of China signed with Hungary in Budapest in 2011.

The package signed with Romania includes several energy projects: the building of a thermal power station, a wind power plant and the building of two reactors for the Cernavodă nuclear power plant. Moreover, the PR of China has committed itself to buy 500 000 heads of cattle and the Shandong Group has promised to build 25 000 homes in Bucharest’s District Five.

Although the figures on the documents signed with Hungary’s neighbors are more spectacular, the implementation of those projects is not progressing faster than those in Hungary. Orbán’s current visit is hoped to accelerate implementation. The Hungarian delegation includes some 130 businesspersons and they are to table even more MOIs in Beijing than those signed in 2011.

If you take stock of the list of MOIs signed by Hungary and the PR of China in 2011 or later, few have got off the paper. There is a logistics center covering the whole of Europe in Biatorbágy (Pest county) created by the communications giant Huawei, and Wanhua expanded BorsodChem in Kazincbarcika (Borsod–Abaúj–Zemplén county) in several stages between 2009 and 2011 in the biggest single capital investment of the PR of China in this region to date.

The downside of the latter is that there is no information on how much of the EUR 1.1 billion credit the Bank of China has promised to BorsodChem is to be spent on rescheduling earlier debts of the firm and how much on actually expanding the facility. Besides, last week the Hungarian government has decided to sign a strategic cooperation agreement with BorsodChem.

Hardly any progress has been made concerning megaprojects promised in infrastructure. As for retrofitting railroad lines, talks haven’t got past financial aspects, that is, how to use the Chinese Development Bank’s credit line of EUR 1 billion “for promoting mutual investments”. Up to now, they haven’t been used in any way.

The credit line is managed, in cooperation with the Chinese partner, by the Hungarian Development Bank (MFB). Until now not a penny has been invested mostly because both sides would like to earmark the money to its own companies. Budapest thought that the PR of China, which has immense financial reserves, is looking for investment destinations, and would be eager to finance projects in Hungary. But as it turned out, the Chinese partner, which is practically synonymous with the government of the PR of China, carefully considers spending every penny. It expects the Hungarian state to subsidize the projects concerned; it examines the potential profits of the Chinese firms involved and looks closely at the rate of return.

The MFB has not answered this weekly’s inquiry about the “technical” issues that are hampering the use of the credit line but Hungarian business sources indicate that Chinese currency management rules are the source of the problem. To be more precise, Hungarian commercials banks find it too risky to accept comfort letters issued by banks of the PR of China. It is because, should there be a legal dispute, it may only be settled in the PR of China and honoring the law of that country.

In April 2011 the Hungarian State Railways (MÁV) and the China Railway Construction Company signed a strategic cooperation agreement on retrofitting Hungarian railroad lines and financing those projects but no work with Chinese participation has started yet. All that has happened ever since was adding items to the list of promises. The new items are a high-speed rail line between downtown Budapest and Liszt Ferenc international airport, building a new central railroad station in Budapest, building a freight train line (called V0) that would bypass Budapest, and retrofitting the Budapest–Belgrade railroad line at the cost of USD 3 billion.

This weekly has asked MÁV about the progress of those projects but got no answer. Although the Chinese–Hungarian joint economic committee met a few days ago, all the public was told was that the last two projects are “treated by both governments are priorities”. It is certain that the PR of China is only willing to take part in those projects if the funds available are increased.

The creation of a cargo basis in a Hungarian rural area, which is strategically the most important among those projects, has not even reached the stage when finances are discussed. Hungary envisages the creation of a logistics center for Chinese goods to be sent to all over Europe. Semi-finished products would be flown in from the PR of China, assembled in the plants of a neighboring large industrial park and then forwarded to markets all over Europe. Once finished, that logistics center could replace similar facilities in Milan and Munich.

At first sight, it is simple to create such a facility: to build two runways each of three km in length to receive transport planes and to secure an area of 500 hectares to build the assembly halls on. That said Hungary hasn’t even made up its mind about a venue, let alone passed the related decisions. Potential venues are Vát–Porpác in Vas county; Mezőkövesd, which has the biggest airport in the Hungarian countryside; the airport of Debrecen, and the airport at Tököl (Pest county), which is controlled by Hungarian entrepreneur Sándor Demján. If Hungary cannot make up its mind and quick, it might be left out of this project altogether because Slovenia is also bidding and energetically at that.

Although an air travel agreement was signed with the PR of China in 2011, it couldn’t revive MALÉV Hungarian Airlines, neither has Hainan relaunched its direct flights between Beijing and Budapest. By contrast, Wizz Air discount airline – which has also discovered the policy of “opening to the East” – has managed to launch cooperation with the PR of China. Wizz Air is operating several former services of MALÉV outside of the European Union, and it has signed an agreement on receiving a credit of USD 700 million from the PR of China to buy eight airplanes. The absence of a direct air service between Beijing and Budapest is a serious snag for business and tourism. Small wonder, Péter Szijjártó has announced that the two governments are to open talks on restarting direct flights.

To make business with the PR of China, you need patience, patience and patience. We got that advice from Tamás Nádasi, head of the Hungarian–Chinese section of the Hungarian Chamber of Commerce and Industry. Before serious deals take shape, investments need to be made and the relations need to be expanded with tourism and catering trade, he told us.

Hungary could take part in water management projects in the PR of China but that would require numerous rounds of business talks, Nádasi explained, using his firm, Aquaprofit Zrt as an example. There is tremendous potential in the Chinese market also because the government in Beijing aims at enabling provinces further inside the vast country to catch up in living standards, including a better water supply and stricter environmental controls.

Long-standing relations between Hungary and the PR of China are a plus and so is the current Chinese fad to look for things European. (Television channels of the PR of China are nowadays showing commercials in which goods are advertised by Europeans.)

However decision-makers need to consider that the two countries are remotely located and the magnitude of Chinese needs is astronomical. Take the example of wine. Although wine consumption is increasing in the PR of China, that window of opportunity could only be utilized if Hungarian wineries could act collectively and without losing sight of quality. Nádasi says demand in the PR of China is growing for machine engineering goods, high-quality farm produce, and services and technology in the field of water management and environmental protection.

Hungarian experts watching the cooperation of Hungary and the PR of China say the absence of spectacular results so far has been due to the fact that the PR of China is an Asian Great Power and as such it is mostly interested in megaprojects. A possible solution of the problem could be if countries of the CEE – which the PR of China considers a gateway to the markets in the European Union – joined forces and coordinated their investment appetite. Presently the CEE countries are rivals to one another and separately approach the government and State Development Bank of the PR of China. It would be a most noteworthy exercise for them to unite their forces.