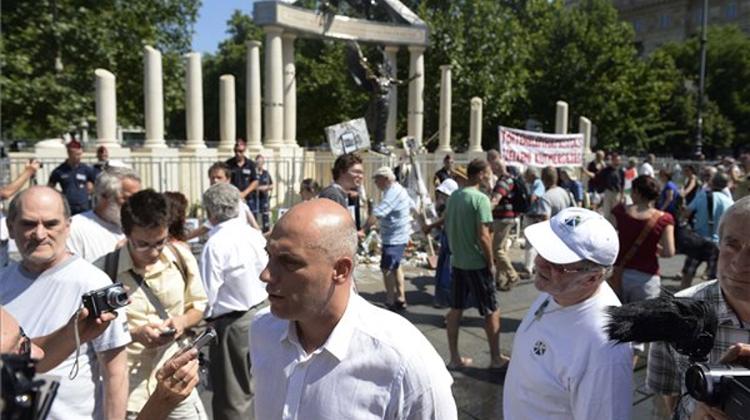 The Metropolitan Court has rejected in a final ruling a local referendum initiated by the Socialists on the construction of a contested memorial to the victims of Hungary’s 1944 German occupation in central Budapest, a lawmaker of the party said on Saturday. The ruling disallows any further possibility of legal remedy and has thwarted stopping the construction of the memorial in the 5th district’s Szabadság Square, Pál Steiner, the initiator of the referendum, said.

Steiner, a former mayor of the district, called the justification of the ruling “shocking” in which the court said that the referendum cannot be held for the reason that the government had decreed that the memorial was a project of primary importance for the national economy.

Hungary has no economic interest in erecting this memorial which would not yield any benefit, but hurt the country’s reputation and infuriate democratic states, he said.

Steiner said the opposition Socialists adopted at their weekend congress a declaration in which they call on the government to abandon its plan on the construction of a monument that “divides and offends Hungarian people.”

They also declared solidarity with those civilians who had been “defending justice for the past 101 days” at the construction site and pledged actions in civil disobedience, he said.