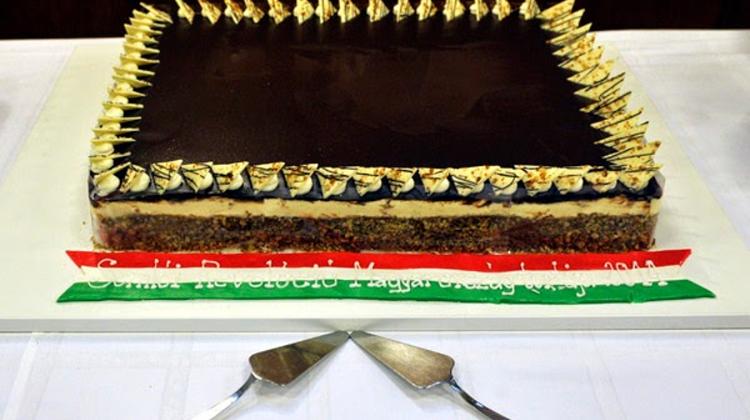 In recent years a special cake to celebrate the country's foundation is always prepared in Hungary. The National Guild of Hungarian Confectioners selects the best recipe submitted by confectioners from all over the country. The winner this year is 'Somlói Revolution' by Damniczki Confectionery in Székesfehérvár.

The iconic Hungarian dessert is made of white and chocolate sponge sprinkled with rum, layered with vanilla sauce topped with chocolate sauce and whipped cream.

In 2014 a cake named Choco Adventure by the Nándori Confectionery (Budapest, IX district, Ráday utca 53.) won - it is a chocolate mousse combined with thin marzipan layer and sour cherry.

The Cakes of Hungary in the last years:

The Birthday Cake Of Hungary In 2013 Introduced In Budapest